I wasn’t surprised to learn of the cause of Prince’s death from fentanyl use.  I don’t think many others were surprised either. 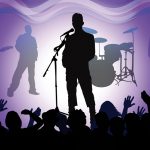 We have had a series of early deaths of our celebrities from accidental drug overdose.  In general, we have a history of accidental deaths from drug overdoses in America.  It has been going on a long time.  My uncle, a surgeon in Manhattan, died from an accidental drug overdose with sleeping pills and a cocktail.  Our country, being a number 5 country, is very prone to excess in matters of the senses, drugs, food, sex and the routine list of addictions.

I had hip replacement surgery almost two years ago.  The agony prior to surgery could turn a normal person insane.  Using a cane is essential and clinging to furniture and walls to walk was routine.  After surgery, they give you fentanyl to cut out the pain.  It is blissful and I was so grateful.  You then get switched over to Nocor, a form of morphine.  I took this formula for several weeks after surgery and kept monitoring myself so I would stretch time between doses.  I had heard about addiction and was very careful.

But what if you are a performer and your audience requires you to perform?  What do we do here in America to our celebrities?  We put them on pedestals.  We record their shows, we take selfies, we make them Godlike.   We don’t let them recover, recoup, we want them to shower us with their stardom.  It’s a vicious performance.  The celebrity can’t stop and the audience won’t let them. There is little respect for the physical body until it throws one off the horse.  In this case it threw him completely out of here.  I was told by a Zen master one time that we should look at our body as a fine race horse.  How would we treat our prized race horse that we paid a goodly sum?  Would we ride it to death, not letting it rest and heal?  If we do, it will throw the rider off and collapse.

We think because we are young that we can ride the horse hard–as did Prince.  Perform in stacked heels, do leg splits no less.  Where was the physical respect as the audience screamed for more?  Fame is seductive.  It can reward and destroy and many times both.  Maybe we will learn from this experience, probably not.  We’ll just talk about for awhile and then move on.  But, each of us should take note of how complete disrespect for the body will come around one day to lay you low or take you out.   All of us who live the the USA should note that we are all under the number 5 of America’s chart.  We all are influenced by over-indulgence.  Even the extreme, unbalanced diets and so-called healthy diets that we follow can be over-indulgent.  We eat only a vegetarian diet but, yet, we don’t know how to balance foods for this type of eating.  We haven’t a clue of the energy of foods.  We become extreme.  I have heard that Prince only weighed 112 pounds at the time of his death.  He was a very short man so his weight could be slight.  Question is the health of the 112 pounds.