With all the recent news about Trump’s cabinet picks and their hearings, we are somewhat in the dark about the 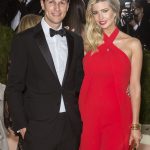 key person who will influence him during his presidency.  His son-in-law, Jared Corey Kushner, will have his ear and, I would assume his back during his time in office.  Jared has maintained a low profile throughout the campaign but the silence around his position is somewhat deafening.  Since he will have such a large influence on Trump, it could be helpful to know more about this young man who just turned 36 yesterday.

Jared was born on January 10, 1981 and just makes the category of the early millennia generation.  He is part of the new order of voters that will begin to wield their power in office in the next two elections.  As was Trump, Jared started out as a Democrat.  He graduated cum laude from Harvard with a degree in sociology and from NYU with a J.D. and an MBA.  Even though his real estate developer father donated 2.5 million to Harvard prior to both he and his brother being accepted and 3 million to NYU, he is still a smart guy.  He has a number 3 Life Path (from his date of birth) so he has a charm about him and can be very pleasant.  People born with the number 3 Life Path have vast amounts of creative talent.  I have no idea if or how he is using it but it could show up for Trump in his writings (not his tweets), creating the powerful tech network and data base usage that got Trump elected as well as meeting with dignitaries and other important business and government officials.  It was no surprise to see him sitting in on meetings and representing Trump at others.

This past November Jared visited Mexico to meet privately with the Mexican President’s financial adviser and to make arrangements for future business situations.  This meeting was hidden in the news but I am sure it laid the groundwork for future agreements with Mexico.  You will see more of this type of quiet “dealmaking”.  Remember, Jared came from a wealthy real estate developer family.  His father ran afoul of the law and was sentenced to two years in prison leaving Jared to run the company while he was in his early 20’s.  He is the oldest of 4 children and learned very early how to handle himself in business and in real estate transactions.

The interesting aspect of Jared’s chart is that he has no missing numbers.  He has been to earth many times and has much earth experience.  He was born old.  Trump, himself, has no missing numbers in his chart and has also had great amounts of earth experience.  Both men are very shrewd.  The karmic condition of Jared is that he would be born into a family where power would be shared unequally.  One person had the power.  He did not grow up to see how people can compromise, kiss and make-up and share equally in the design and action of the household.  Since his Saturn falls in Libra, I would say that the father had all the power.  The issues that can come from this type of arrangement can result in recreating this original template–relationships where power is not shared equally.  His challenge in this lifetime is to create relationships of equal. He has to learn it is not a zero sum game.  Trump’s issues are of a different nature.

Jared has two personalities.  One is the number 6 and the other the number 4.  The number 6 is the teacher, counselor, adviser and a very responsible person.  The number 4 is the hard worker, the bean counter, the detail man.  Real estate is ruled by the number 4.  By the way, Trump’s Life Path is the number 4.  Both men touch the real estate business very comfortably.  They thrive in it.  Interesting to note that Trump is having his sons run his real estate companies while Jared is having his mother run his trust for him.  Of course, both men will be directing their relatives in how or what should be done with the businesses.  To think otherwise is naive.

The hidden side of Jared in the emotional area is that he is somewhat naive.  He sees things through rosy-colored glasses.  That can be both good and bad.  He also is extremely psychic and very deep and complicated.  I do not think he really wants the limelight.  His destiny is the master number 11.  He is a lightening rod for ideas and is a bridge between the unconscious and conscious realms.  I believe as he matures and gets into his 40’s, he will begin to come into his own.  In the meantime, he will be assaulted with information from the other side and be somewhat unsure of what or who he really is.  His age of coming into his own begins at 43.  Being a destiny master number 11, he is much more advanced that his father-in-law.  I would follow this young man with or without the Trump connection.

Jared was raised in an Orthodox Jewish home and graduated from a private coed yeshiva high school.  His wife Ivanka converted to modern Orthodox Judaism prior to marriage.  This is a strong influence for his moral fiber and his education.  It could also influence how he thinks Israel should be placed in the world.

Last but not least, Jared was born on the number 10 day.  This gives him a strong ambition, leadership abilities and a drive for success.  His test will be does he have the stamina and courage to overcome obstacles and win the independence he wants?  Trump can call on his number 10 managerial skills.  At Jared’s heart is the pioneer.  If the position as senior adviser becomes too tightly bound, he will have to rescue himself by taking smart risks.  Regardless of appearances, being born on a 10 day gives him a very competitive spirit.

He is definitely as asset to Trump and I would say it was a very wise pick.  He will make Trump look good.  He already has.