Trends Ending, Say goodbye to selfies, me, me, me 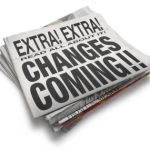 they have arrived.  Such is the case with a big transit that is about to descend into our lives in May.  Astrologers would tell you it is the big “Uranus in Taurus” transit.  I will tell you that things are about to really get serious and will change our lives for the next 7 years.  That’s how long a Uranus transit lasts.

I have often mentioned that we are controlled, guided and directed by what is going on in our heavens, particularly in our universe.  We are tied to constellations and as they move and change so do our cultures, moods and interests.  Such is the case as we approach this May, 2018.  We are closing the door on a period that began back in 2011.  We never saw it coming but we recognize its focus.  It has been on the “self” and me and more of me and my face and my picture and pictures of what I ate and my vacation and “aren’t I great”.  It was the huge rise of the “Face”book era.  Pictures, photos of our lives and pets and lots and lots of selfies.  This era has been called “Uranus in Aries”.  For anyone who knows about Aries, the Greek god of war,  it is the first sign of the Zodiac and in the body is the ruler of the head and face.  The vulnerable area of the body for an Aries person is the head and face.  Being the first sign of the zodiac, it is action personified, it initiates, it has a strong ego.  It’s a me, me type of energy.

During this past 7 years we have seen the rise in all things having to do with the face and head.  Hence, Facebook mushroomed, the cosmetic industry boomed as young women went out and bought lots of makeup they really didn’t need.  We have the rise in stores like Ulta beauty and Sephora.  We ran around the world taking selfies and sending them to friends or quasi friends wanting to get more “likes”.  Facebook (the clue is in the “face”) and similar companies, think Instagram, have played their part in a tidal wave of dissatisfaction with “me”, how to promote “me” (think of the Kardashians) you and all of us.  We weren’t satisfied with ourselves and we always wanted action.  The internet has mirrored this ceaseless change.  This transit has brought in big, sweeping global revolution and people felt compelled to get on board.

There are less than 3 months remaining in this transit and you will start to feel the difference later in the year.  Over the next 7 years, the focus will not be on me, me, me.  It could even see the break up or threat to Facebook and other sites related to it.  The relevancy of Facebook will change and most likely diminish during this 7 year period.  People are getting tired of it and it is having issues with fake news, political charges and challenges in maintaining its base of supporters.

Starting in May and gathering speed over the next year will be Uranus in Taurus, ruled by Venus, the Goddess of Love and money.  Taurus is an earth sign so we will be dealing with changes to our grounded, earth changes.  This will directly affect the banking systems, the money systems themselves and the beginning of usage of crypto currencies.  There will now be several currencies to work with.  The focus is not on the self as much as it will be on the earth systems in place that run organizations.  You can expect a revision of the Social Security program.  (It was founded in 1935 during the last Uranus in Taurus transit).  You can expect an end to the banking system as we know it.  You can also expect an end to Wall Street fixing or setting the value of things–along with other markets.   Online banking will change as we know it.   Some of these changes will be swift and shocking.  It takes time to play out but they will play out over the 7 year time frame.

I am looking forward to this new transit and the ending of the old one.  It has gotten really old looking at cosmetic surgery faces and liking photos and people we really don’t know.  It had become shallow and vain and time wasting.  Not any more.  Change takes time so don’t expect the me, me, me condition to immediately walk off the stage.  It will take some time but not that much.  The Hollywood Oscar ceremony again continuing to lose its audience is the direct result of the leaving of Uranus in Aries (besides all the competition from Netflix, Hulu, Amazon and other streaming products).   Uranus in Taurus deals with values and worth.  What are things worth will be the questions people will be asking.   What do you value?  These will be issues we all will be forced to look at starting in May.

Expect government deficit spending to be brought into the spotlight and people wanting it abolished.  Expect shock and surprise (that’s Uranus) to our financial systems–especially how we pay for things.  You may see employees wanting a bigger piece of the action in corporations.  Expect a real strong look at how companies hide their money, a strong look at the Federal Reserve.  All in all, a dismantling of the old way approach to money and putting into place new systems that will make the citizen more financially secure.  The balance of power between the wealthy and those who aren’t will be looked at again and be changed.  Lots of people at the top will be moved out as a result of these changes, including the government.  Some shocking and sudden, some in measured time.  7 years is a long time but very short in the scheme of things.  Most of the change really goes into practice in 2019.  Stay informed and get educated on the changes you see happening.

7 responses to “Trends Ending, Say goodbye to selfies, me, me, me”