“It isn’t possible to be enlightened and know it.  What you hold yourself superior to is a part of you.”  Hugh Prather, Notes on Love and Courage 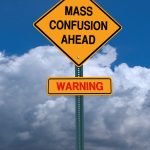 that would shake the United States and the world for 16 years.  This was back in 2008 when it began and the financial crisis set the US hair on fire.  It hasn’t stopped.  It just builds through phases.  We are now in the 9th year of this important transit and have to keep moving through until 2024 when it lets us go.

How have  you personally changed since the beginning of this cycle, the fall of 2008?  What are you willing to change going forward?  We had just starting using smart phones when this cycle began.  Have you stepped up your technological skills?  It seems we are being assaulted from all sides.  That is part of the process of this cycle.  There is great polarity going on now and people who have attached themselves to their positions in this man-made show, will be stressed even more.

The most intense part of this period is now.  It should feel like the eye of the storm.  We have all of 2018 and 2019 to get through before you will begin to see a picture of true possibilities.  It will begin to improve after 2020 which coincides with the next presidential election.  You can expect a wild ride going forward.  Investigations and lawsuits will increase and distract from accomplishments both in running the country and in your own life.  People are really just stirring from the sidelines now.  I even saw in an apartment window the sign “Resist”.  This was a first.  America is building the “resistance” and will pull in people who never voted before.  All of this talk about voter fraud and voter suppression are front and center in the headlines.  The Trump administration is creating a false narrative trying to prove voter fraud from the prior election.  Voter suppression in all its forms, including gerrymandering of districts will be front page news for the rest of this year and next.  The Supreme Court  this fall will be hearing a case on gerrymandering of districts.  There is much at stake and those in power and those outside of power know it.

All in all, this is about power and those who have it want to keep it.  Never forget that behind every politician in office are lobbyists and private, anonymous donors who can control and manipulate their candidates.  That is not even mentioning the foreign money behind shell corporations or individuals that can influence the elections.  This Pluto in Capricorn transit takes no prisoners and so you will see and hear about this corruption as it intensifies over the next two years.  The investigation that is quietly going on behind the scenes with Robert Mueller is very important and very hopeful.  Mueller will try very hard to stay out of the headlines and continue to uncover the truth.  It won’t be pretty but it is necessary.

Remember, Trump, is a media person who knows how to grab headlines and sell his product.  His continual bashing or excluding the press is very telling.  The free press of this country is critical to the well being of society.  It is considered the 4th branch of government.  The marginalization of the press and the exclusion of main stream press at important events is also very telling.  He who controls the news can control the narrative.

It is ironic that the Resistance was very strong against the Nazi’s during World War II.  I think that the word “Resist” is morphing into a resistance movement.  If the healthcare bill removes millions of people’s healthcare or wages don’t rise more quickly (it is still at 2.5% as of today and it has been stuck there or lower for decades) to help the middle class, the Resistance will grow and change the dynamics of power.  In the longer run of time, it will be the millennial generation that will come into power and move the United States into a more progressive direction.  They are in the wings, all 80 million of them.  The irony of this generation is that it really thinks the government should do more to help its citizens.

Once Pluto leaves Capricorn and moves into Aquarius, everything starts reversing.  The corporation and their connection to control and power of the government will wane and weaken.  Laws in favor of employees as well as employers will strengthen.  It’s a different day.  Don’t be surprised if you see the big face of the tech world, Facebook, Apple, Microsoft, Google and Amazon become loathed as much as we did the banks back in 2008 and 2009.

The next two 1/2 years will not be easy but they will be important in the scheme of remaking the core of governance.  The titans of power who pull the strings of the elected will come to see the folly of their focus.  It will take time but it will come.  The old Piscean Age is dying and along with it goes the fossil fuel industry which always was a characteristic of the Piscean Age.  Underground liquid fuel is very Piscean, as is water.  We will come to know the shortage of water as we transit out of this Age.  The time will come when the future humans of earth will speak of these times as not the Iron Age or the Bronze Age or the Golden Age but the Fossil Fuel Age and the people of the fossil fuels.

Continue to keep your connection to the Divine and the unseen world in which you will return.  This is just a visit and you must leave here one day.  Live your life with more joy, more spontaneous moments, laugh more, live close to the day rather than the month or next year.  Live as if you could leave at any moment.  Your life is more than sound bites, rants, tweets and distractions and it is more than the need for you to be right.  It is more than bills, relationships and money.  Try to get in nature as much as possible and see how powerful the ocean, the mountains, the stars, the breeze and the great beyond are in the balance of life.  We must stay connected.  In the words of the author Hugh Prather from his book Notes on Love and Courage, “I can be inspired to grow, but more often I grow because I have been broken by certain unyielding realities.  When I have once again been made aware of my fallibility, I am then predisposed to learn.”