I know it’s crazy season right now but it might be wise to vote early and get it over with.  The Wall St. Journal is stating that 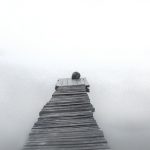 this election has taken a big emotional toll on Americans.  People are exhausted from the stress of it all.  It’s a lather to be sure.  At least the Cubs won the World Series after waiting 108 years.  They did it a number 9 year of endings.  They ended their losing streak.  Great and fun news to break the tension.

It’s unfortunate that most people can’t see the larger picture of changes in the world.  The media feeds us 24 hours a day of “stuff” and fillers so that we are addicted to information and distracted by most of it.  We have come out of the dark ages and in the larger scope of time, we are becoming more enlightened.  How can that be said when we are at war both in the world and with ourselves?  It takes thousands of years to complete a cycle of 24,000 years.  These cycles are broken into 8 groups called Yugas.  They ascend and descend.  Currently, we are ascending and are in the beginning of the  Dwapara Yuga period that goes to 4099 lasting 2400 years.   We keep speaking about the 1% having all the money, power and influence.  The greater picture is that we know only about 1% of the universe.  There is so much we can’t see, can’t fathom and can’t imagine.

We left the old iron age officially in 1699 and have started our ascending period.   In 499 we began ascending from a 12,000 year period of descending.  We don’t reach our golden age for several more thousands of years but we are headed in the right direction now.  We are progressing.  It isn’t fun to give up our pride, superstition and righteousness.  It is easy to be told hype rather than do our own investigation.   How many of us really know what is going on behind the motives of what we hear and see?

Remember, everything! is connected to the heavens and the constellations.  Everything is timed and fated by the celestial motion. These cycles are vital to the development of mankind.  As much as we may think we are in control, there is a force guiding the direction of where we are headed.  Just be thankful you are born into a period that is ascending and getting lighter.  We will all see great changes that we could not comprehend at this time.  There is symmetry between the myths of cyclical time and civilization.

When you get too close to the news of the day and it begins to really upset your life, remember, we control very little here.  We can learn and understand more but we must remember we all understand only about 1%.

From the Popul Vul, or the Mayan Book of Council

Tagged: constellations and Yugas, The real control of us, The true 1%
4 Comments