The Price to be Paid for the Rise in Individualism

“As a species, if we do not stop ignoring what Mother Earth is telling us about our 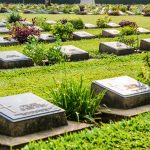 practices, she’s gonna do it for us.  And it’s not going to be humans winning.”  Jess Due, national care director of Farm Sanctuary.  We have become a ruling class that has created another world living against its environment, not with it.

I heard today that the great experiment, where Americans thought they could convince the Chinese to lean more towards democracy, has failed.  We had exchange students, visitors and global commerce.  But when you take a deeper look at why the Chinese don’t favor democracy over government capitalism and government control, you hear about the murders and guns, the bitter battles inside the government, the Asian discrimination in the country, the large population that refuses covid vaccination, the protests and the riot of January 6th.  It doesn’t look like an inclusive land. It looks like a land at war with itself.

When we were created as a beacon in 1776, we were given the great number 5 lifepath.  Five’s are always catalysts of change.  The Divine Plan was to set up a  nation that would learn to assimilate various nationalities on our shore.  From this learning, we would be able to spread assimilation to other countries of the world and raise humanity up to higher levels of consciousness and inclusion.  Our role was also to  respect the rights of the individual in the collective.  We weren’t to only be a bunch of individuals running around affirming our right to not mask or not get vaccinated .  We were to learn to assimilate and look at what was good for both the collective and the individual.  Instead, we have a rise in covid cases mainly made up of those individuals who insisted on not listening to science and insisting on their right to run around and infect the collective.  It has become a dangerous situation not only for the unvaccinated but for those at higher risk of getting this disease.  Covid can outrun rumor, fake information and downright ego.  Covid can win over stupid any day of the week.  Entering the Age of Aquarius is to be a time of more rational thinking and more enlightenment.  Instead, the collective has been ignored and put at risk by the individual.   The price to pay for this is more death and illness and the chance to create a stronger mutated strain.  Cheers.

It seems peculiar that those who were given smallpox, polio vaccines, DPT and Measles vaccines are now crying loud and long about government conspiracy, infertility side effects, government chips and other bogus claims.  I remember growing up in the land of polio.  It was easy to catch and created sheer terror in children and their parents.  I remember kids in high school wearing leg braces as they no longer could walk due to the paralysis.  I remember going to India on business several times and seeing the effects of small pox.  A horrible disfiguring disease.  All of these diseases took years to eradicate but with the help of the vaccines, we are doing that.  I never hear of small pox any more nor do I know of anyone getting polio.  Viruses live on and change and covid will be around just like the flu that we live with.  Just because we created a vaccine that protects people against covid and it’s long-term effects in a shorter period of time than we did with polio or smallpox, doesn’t mean it isn’t legitimate.

In the future diseases will be quicker to diagnose as science is advancing exponentially.  I would believe that within 5 years we will have a blood test for cancer.   The covid vaccine was based on information that had been in the works for 20 years.  It was waiting for the breakthrough advance that would bring it to the world.  It arrived in time to save the world from another scourge.  We should be rejoicing instead of protesting.  Instead, the individual is stuck in its own story.  It needs to listen to those living in foreign lands who can’t get the vaccine.  It doesn’t understand the importance of the collective and the need to protect it.

Currently there is a dramatic shift in this Aquarius, air sign age.  It offers us the opportunity to master the mind rather than the material world.  It doesn’t mean you accumulate more and more information.  You need to know what to do with it and how to understand it.  In short, you need wisdom.  The real problem isn’t necessarily technology or data, but our beliefs about reality and the ideas of how we underpin, organize ourselves and run society.  Back in December there was a dramatic shift in the heavens that will affect our lives for 180 years.  We are being invited to create a radical shift in our consciousness.

The old order is on its way out the door.  Do not be fooled by marketing or sales tools.  Fancy slogans like “green new deal” or “build back better” are still based on an old system that is dying.  We are given the opportunity to live the ideals of humanity and community away from massive corporate entities that depersonalize and alienate.  Is it any wonder that those in the service industries are not rushing back to become low paid workers?  They have been abused by the customer and the employer with no health insurance and no permanency or salaries.  The $15 hour job is barely doable.  Try living on $15 an hour, minus taxes, and 2 kids to support.  Who wants to return to these industries?  This doesn’t take inflation into account.

As we continue to blaze a trail for the individual, forgetting the needs of the collective, we will see a continual rise in depression, drugs, (America sells the largest amount of anti-depressions in the world), escapism into material things that end up eventually in garage sales or 1-800-GOT JUNK and a continued abuse and disrespect of the environment as well as our bodies.  This doesn’t take into account the rage running through society.

It didn’t need to have been this way but it has.   Benjamin Franklin’s comment at the time of the signing of the Declaration of Independence is still relevant today, We must all hang together, or, most assuredly, we shall all hang separately.”

Tagged: Extreme individualism, Ignoring the collective, The role of number 5 and the US
21 Comments