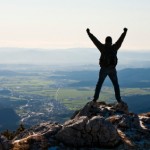 View from the Top

Each of us is born with a certain blueprint that we create prior to a particular incarnation.   This blueprint plays itself out during that lifetime.  When one individual has a large impact on the world’s population, we might wonder what was in that person’s plan.  How did it play out?  What characteristics were put in place for this individual Soul to work with?  What made this particular individual such an innovator?  How did all the magic come together?

Steve Jobs’ beginning was somewhat unusual in that he was born to one set of parents but delivered to another–all by agreement of the parties involved, including Steve.  His chart shows that he would be let down, abandoned, betrayed right from the get go.  In this case, his birth parents arranged for him to be adopted.  In his unconscious memory, the betrayal will be on the father’s side.  This would set up a life long pattern in his behavior of a lack of trust or the inability to lean on others.  Sometimes both.  The test of the individual with this type of condition would be a need to develop trust in others and in the unseen power that is the creator of all things.  It would take awhile for him to trust you and a lifelong learning of the ability to lean on others.  He would rather do it himself or find out about it himself.

Steve is missing two numbers in his name, the number 8 and the number 9.  The number 8 has to do with power, authority and the correct use of one’s resources.  Because it is missing from the name, he created his own personality under this number.  That means his personality would appear to be the boss, in command, the need to run everything.  There is no way he would let go of power.  As a child, he might be seen as a stubborn know-it-all who would see advice as criticism.  That is usually outgrown as the person matures.  The fact of the matter is since it is a missing number, he had to learn how to use power wisely, how to be the benevolent leader, how to see the many faces of power and authority.  In this lifetime, he could really never work for anyone else.

On top of his Personality number being the Number 8 (big business), his Life Path and Destiny numbers are both the same, the Number one.  The Life Path is the sum total of his date of birth, reduced to a single number.  The Destiny number is the total of all the numbers in his birth name.  In this Life Time the Number one is the driver of Steve.  Number one speaks for itself.  It is the innovator, the pioneer, the courageous one, the pathfinder, the modifier, the bold and the new.  Number one energy is powerful.  It is constantly creating.  It innovates.  It needs to be Number one.  It sets up bold ideas, tries the impossible and creates something new for us to follow.   This individual could never be happy in a supportive role or a secondary role.   The Number one is a very competitive number.  It needs healthy outlets where it can compete–even if it just a tennis game.  The game of creating new features, better features can be a competitive sport.  It does not drain a person as much as it feeds it with more ideas and possibilities.  It cannot live a life looking over its shoulder and will not listen to the “should’s” of others.  Example being, you should do this or you should do that.

Steve was also born on the 24th day of the month.  This helped make him quite family-oriented.  It could also make him very responsible–especially for the family.  It also would make him quite sensitive and melodramatic with a tendency to perhaps embelish emotional issues.  He did not take criticism very well.  Being born on the 24th gave him an appreciation of the arts and gifted him with the ability to act.  Being as intuitive as he was, he had a latent ability as a healer.  Quite a combination.  There is no doubt that he was a faithful friend.  The fortunate part of Steve’s chart was his ability to attract helpful people who were also practical.  These people were able to advance his ideas.

One of the fascinating things about Steve was what was really deep in his heart or where was he coming from.  The vowels of a person’s name are the indicators of recent past lives and what deeply motivates a person.  Much of this is unseen by others and only those intimately involved with Steve would really know.  Deep in his heart of hearts, Steve was the Light Worker.  He carried the Master Number 11, the worker of the light, filled with inspiration and the ability to channel.  If I take the world “light” and total its numbers, (for instance  the letter “L” is a 12, “i” is a 9 etc) I would total and reduce the number to 11.  Steve was filled with light.  This is the place he would draw upon for inspiration and designs.  Many well known artists, musicians, designers and peace keepers carry this Soul number.   These Souls will channel in any work they do.  It is common to see a strong light within them, usually we recognize this in their eyes.  They have a certain light about them.

Because of this prominent 11, Steve would best be served by associating with people who were awake and aware.  It is not surprising that early in life he would want to escape the general roar of the crowd and go off and try alternative states of consciousness.  There is a very Neptunian influence in this chart so he was not only the innovator but also the dreamer.  He could literally channel words, ideas and was extremely psychic and intuitive.  Definitely he was a very different leader.  He could not possibly go with the beat of another drummer.

The Number nine is missing in this blueprint.  That brings up the whole area of compassion.  Steve’s karma included the need to learn to be more compassionate and tolerant.  He would be put in situations where he would have to identify with someone else’s  sufferings and trials.  Steve was forced through circumstance to broaden his view of life and to not hold back on helping others.  He would be put under stressful situations through job, marital and health issues so that the heart can be opened at the center.  These conditions would give him the chance to understand and sympathize with the sufferings that go on in peoples’ lives.  There is no doubt being let go by Apple, the company he founded, was a humbling experience for him.  It also bounced him right back to the early condition of trust and betrayal.   It taught him much about the human condition as did the years living with cancer.

The fact that Steve left the earth during his 8th Soul cycle is not surprising.  Soul cycles occur every 7th birthday starting at age 7.  They last one year.  During that time frame, the Soul has more power over the Personality.  It is during these Soul cycles that the Soul downloads everything it learned over the last 7 years and moves to a higher state of awareness and consciousness.  When the Soul is ready to depart this earthly incarnation, it will take with it everything it learned, nothing more.  Soul cycle years are extremely important.   During these birthdays we reflect and see what we have done, learned and want to change.

Steve was very, very tired in his chart.  This was only going to increase in 2012.  He would be forced to work much harder in 2012 and by the end of 2012 he would begin a change in identity.  The last 18 months have been very hard on him and really wore him out.  The year ahead would be more intense.  In actuality, something he has started, may it be a foundation or institution that will last for years will be an even bigger legacy over time.    Two years ago he entered a time as the master builder, where an archetype in the unseen world, began to be built over time here on the earth plane.

Watch and see, the seed has already been planted.  By his leaving it can now grow.  It is much bigger than an iPod or iPhone.   The Soul knows exactly what it is doing.  The Personality is an instrument or costume to be used while here and then discarded.   If we can be patient and watch the unfolding of his afterlife gift, we will be very pleased and will have a greater understanding of why he chose to leave,  how he did and when he did.

5 responses to “Steve Jobs Numerology Blueprint for this Life”