It’s always interesting to look at the blue print used by a Soul at entry point.  As you know, we all arrive with one. 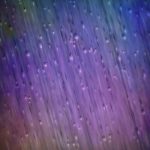 It’s the invisible plan that awaits discovery.  A few of us discover it but most of us let it sit on the shelf and ignore our inner selves–usually until a crisis hits.  The crisis hit Prince and he exited out of here.  What was his plan?  Why did he leave now and was it on time–or in the bigger scheme of things, premature?  Prince was to have even bigger fame the longer he stayed here.

Prince arrived on earth on June 7th, 1958.  He was born with a sun in the sign of Gemini, an air sign.  Lots of mental energy here.  He was also extremely smart being born on a 7 day and had brought with him a very good intellect from prior lives.  He definitely would prize privacy.  His need to be away from the hum drum world was very real.  It’s interesting to see he lived and died in the same area.  For all his travels and acclaim, he would come home and escape from the outer.

This earth plane was hard for him.  He came in with quite a bit of challenges and missing three numbers in his name, the 2, the 4 and the 8.  To apply more pressure on him, his life path was the number 9 and his Soul number, personality number and destiny numbers were all number 9.  This is over-the-top difficult.  This place would feel almost foreign.  Nine is a finishing number and with life path and Soul number matching, he was repeating a life over.   That would be similar to a person taking an old blueprint and dusting it off and using it again.  When that happens, the lessons of the number are intensified.

Prince’s middle name “Roger” was registered without the letter “s” on his birth certificate.  No matter what we may argue otherwise, the first registered name is what you must use.  He always spelled it with the “s” included but the real program was the original.  This is a life that experiences the suffering of the number 9.  This was a life of having to let go–marriages, friends, a child etc.  A life of learning to be detached.  A life of trying to understand the human condition but maintaining a detached presence.  It gives a person a ton of charisma.  It is the ultimate “it” quality.  With this much number 9, he would always be “dressed to the 9’s”, the ultimate in beauty and fashion.  You would see this on display in the clothing and makeup he wore.  He was the consummate performer.

What can happen to a person with so much number 9 is that they can get  used by others or taken advantage of by others.  I am sure this happened to him early on in life.  He would have marvelous ideas and he would give them to others and they would run away with them.  A cynicism can set in.  He was also quite naive.  He wanted to see the world in rosy colored glasses but he was forced through lessons to take them off and look at the world in a more cold objective way.Certainly his fight to preserve his music and maintain legal rights and copyrights was a result of these prior experiences of being taken advantage of.

Chances were low in this lifetime to have successful intimate relationships.  With him missing the number 2 he could swing from being the doormat or having no patience at all–especially for fools.  It would be a challenge to correctly see the other person’s point of view.  The missing 4 would be his driver to work very hard but never feel content that the work he was doing was his right work.  He tried on many hats which is normal in a person with a missing 4.  They try out job after job to find the right fit.  The missing number 8 drove him to success.  He would have to learn a great deal of how to handle money, power and success.  He would want money and success but it could be a cruel master.

The number 9 though would be his driver for this lifetime.  It is just such a powerful force, the last number.  Many people with this much 9 give up a normal life and go do a life of complete philanthropy or live in some type of detachment from the man-made world.  I certainly understand why he would switch to being a Jehovah Witness follower.  The truth is, he was way past religion and dogma but emotionally quite naive and looking for relief from things of this world.  He was born into a Seventh Day Adventist family and switched in adult life to Jehovah Witness.  He stayed conflicted.  I do not know what the autopsy will show but it will not surprise me.  No matter what people say, this was a gentle soul who lacked “earth” energy to bolster him up.  He was mainly air, water and fire.  Without the element of earth, it is a tough going on planet earth.  Without it one is not very grounded.

Why did he leave now?  Since December, 2014, Prince has had some nasty transits going through his chart.  They would not be leaving his chart until December, 2017.  He was being forced at a Soul level to go through an identity change.  This can produce an identity crisis and I believe this to be one of the reasons he checked out.  They can be extremely painful transits.  If one doesn’t know when it will end, the tendency is to think it will last forever.  Prince was being forced to review the last 30 years of his life and make changes.  This new change would take place in 2018.  Hard to tell someone that when they are going through it.  To top it off, Prince has gone through his 8th Soul cycle during this period and the Soul does influence the personality.  These are truly soul-searching periods.

Did he leave us all prematurely?  It depends on how you look at a life lived.  Certainly we all have these major transits and there are completion times.  He left in his own Personal Year number 4–a karmic year of his missing number.  It was just too hard and it was just enough.  He had had it.  I think he did a great job with working out these difficult numbers.  He became a huge success, influenced people’s minds of openness, acceptance, play and helped us to feel safe with our own oddities.  That was a life well lived but enough is enough.  Learn and move on and that is just what he did.