On the Brink of New World Renaissance–Believe it or Not!

Gracious, from the looks and sounds of the media and the crowds, you would think that the world is crashing apart.  Here in 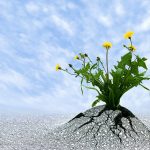 America we have the angry and outrageous and the exhausted and the silent.  Overseas we have wars cropping up like mushrooms after the rain.  We have people closing ranks and wanting walls to keep the “others” out.  Nobody else is allowed on this ship or the whole thing will sink.  Grrrrrrr!

And then, there is the rest of the story.  We are progressing.  This is what it looks like as we move forward into a new age.  It looks like its all kicking and screaming and temper tantrums of delayed adults.  Nothing like change to scare people to death.  The one thing humans do not like is change.  Somehow, I think they think it signifies loss.  I have to give up this old car to get a new one.  The good news is that no matter how much it looks like the good, the bad and the ugly, a new dawn is here.  Remember, the last Renaissance we had began in 1301 and was launched by the plague in Europe.  It killed off about 1/3 of the population and ended the feudal system, the beginning of the end of the kings, Popes and feudal lords and developed a merchant class.  Each Renaissance lasts approximately 300 years and it ushered in the birth of the United States which would then become the catalyst of change for the New World.  The New World was actually created in the 1600’s and gave us the pilgrims, colonists and eventually a Revolution.

Guess what folks, we are in another Renaissance.  This is one of the reasons why the world’s hair is on fire.  Regions that have been left in the dark ages are now being pulled into the light of the new era.  Hence, much of the middle east is in the cross hairs.  You will see the beginning of the end of the heavy thuggish rulerships left over from colonial days, dictators left over from the cold war and the rise of the female into power positions.  Make no mistake, what you are seeing as candidates and leaders are archetypes of the old and new coming into view.  Old ways of corruption, power grabs, fake and false prophets are all in the cross hairs.  The advancement of technology will put everyone through data and spit out the useless.

It won’t happen overnight but do not think that it is not happening.  We are transforming as a civilization.  We are learning about our eternal origin and destiny.  We are being unified through antagonistic factors in human affairs.  We are completing and transforming world religions.  We are entering the “era of humanity”.  Old leaders are dying out and younger more inclusive leaders are taking their place.  Have faith and calm down.  Anger really doesn’t get you much except the possibilities of making a mistake and developing high blood pressure.  Keep your sense of humor or find it if you have lost it during these last several months.  Watch out for the pitfalls of consuming the latest fads and quick fixes–especially in the area of spiritual development.

“If you don’t realize the source, you stumble in confusion and sorrow.  When you realize where you come from, you naturally become tolerant, distinterested, amused, dignified as a king.  Immersed in the wonder of the Tao, you can deal with whatever life brings you, and when death comes, you are ready.”  Tao Te Ching.

8 responses to “On the Brink of New World Renaissance–Believe it or Not!”