It has been hard to miss the legal show going on this past week with Micheal Dean Cohen, also known as Trump’s former 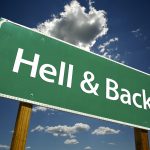 attack dog.  What a fall from grace!  Who is this person who adored Trump, would take a bullet for him and lost himself along the way?  Was he really so easily seduced by notoriety and  money?  The answer to that question would be yes, he would and was.  There is always more to the story, however, than the headlines so I was curious to get behind the headlines and find out who this Soul is and what is his true path.  What was the missing link that turned him into a felon?

Michael Dean Cohen was born August 25, 1966 which gives him a number one life path (the sum total of his date of birth reduced to a single digit).  People born with the number one life path are here on a journey to learn to develop initiative, courage, originality, exploration, self-starters and above all to develop self-reliance, individuality and the proper expression of will–both human and divine.  Early in life number ones’ can become rebellious until they learn that a lifetime of pure opposite reaction doesn’t necessarily create independence and self-direction.   They really are best positioned to take the trail others don’t take.  These Souls are to learn to be the bold and daring, the Lewis and Clark individuals.  In following Trump, he was doing the opposite of his learning lesson.  He became the follower not the leader and not the independent thinker.  He lost his own identity in the sound and the fury.   In some way, he must be relieved he was caught.  He has probably been at war within himself for a long, long time.

His full name gives us his destiny number, the number 3.  This is a creative destiny and can be directed to communication arts, speaking, writing or any other creative endeavor such as acting, decorating, designing etc.  The underlying energy of the number 3 is JOY.  His life’s destiny is about delivering joy.  Who knew?  Did he?  This sentencing will help him come back around to himself.

There are a few key clues as to his behavior.  He is missing the numbers 2 and 7 in his name.  Whenever we have a missing 2, this individual is to learn all about patience, diplomacy, tact, persuasion and cooperation.  He is also being instructed to stay in the background when necessary and to accomplish something without the need to be praised.  In short, he has to learn how to be part of a team.  The missing 2 would also require that the person become sensitive to other’s needs and feelings.  All of this attack dog behavior for Trump only inflamed this karmic lesson of the missing 2.  It is interesting that he was put into a position that the best way out was through cooperation and patience.  It was as if he begged the universe to deliver the karmic lesson of the missing 2.  The key to working with a missing 2 is to be cooperative and diplomatic but never to lose your own identity.  This is what Cohen did.  In doing so, he almost sealed his own fate.  He will now learn the lesson in prison where he will have ample time to process his life and what he needs to do to change it around.

The missing 7 shows the need to learn discernment.  This missing number in his name demonstrates the need to deepen his knowledge and talent in a specific discipline.  He also would be asked to learn to be his own critic without self-condemnation.  He must never take things at face value but, instead, must look deeper to see what is the truth.  A superficial understanding of important matters would backfire for him and it did.  He took on some type of swagger and demeanor to almost pretend to be a person he was not.  Prison, in many ways, will be good for him as it will give him time to explore a deeper consciousness of life.  His personality number in this lifetime is the number 7 (from his consonants) and he was born on a 7 day (25), so he is well educated and spent time specializing in law but he never developed the super consciousness that comes with introspection and heightened awareness.  People with missing 7’s can be very critical and judgmental but there is a need to explore the deeper levels of reality.    In Cohen’s case, he never questioned his own behavior in following Trump’s orders.

Michael had a lonely childhood.  You can almost see the sadness in his face.  His parents fed, clothed and sheltered him but he did not get the emotional support he needed.  It was lonely and nobody really knew it.  He might have even created imaginary playmates as a child.  It also created the behavior of escapism.  In adult life, he would always look to see where he could escape from a situation, a contract, a legal dispute etc.  This is very past-life stuff but he was imprisoned before in a past life and one of his greatest fears in this lifetime would be to be imprisoned again.  Hence, the need to create escapes.   Here we have an individual who has manifested his greatest fear.   One of the best things Michael could do for himself now, is to create healthy escapes.  When he leaves prison, his escapes could include being in the mountains, a spa trip, visits to the ocean and lots of time in nature.  With his 7 personality and being born on a 7 day (25) the need to be in and close to nature is extremely important.

Michael has no “air” in his astrological energy package.  This means no planets at birth in air signs–Aquarius, Gemini or Libra.  Air signs bring one curiosity which is essential for learning.   He has lots of water (emotional), fair amounts of earth planets (groundedness) and fair amounts of fire planets (energy).  He is not a curious person and it is easier for him to take things at face value than to question and discern.  This also added to his downfall.

My prediction for Michael is that he could possibly stay less than the 3 years of his sentence.  He is entering the ending of a large segment of his life in 2019, a 9 personal year,  and starts a new beginning in 2020, particularly the 2nd half of that year.   At that time, he will enter his big number 3 pinnacle.  A pinnacle is a large block of time.  In Michael’s case, it will be his last pinnacle for this lifetime and he will be in it until he finishes this lifetime.  The number for this pinnacle is the number 3.  This means that he will finally come into his destiny time.  His 3 destiny will be activated at age 54 and he will go into a totally different direction for his life.  My guess is he will teach, (he would be a great teacher) write and lecture.  He could also start his own business as he will be activating that number 1 life path.

I do hope he gets the prison of his choice as he would be quite vulnerable in a regular Federal prison, even to the point of being isolated from the other prisoners for his own protection.  Michael Cohen is a classic example of a person struggling with his own powerful number 1 life path–wanting to be the leader–but missing the 2 and not knowing how to work with others to achieve it.   His number one life path is created from a master number 55.  That is very powerful and provides Michael with the potential to become the progressive, the innovator and the planner.  By developing the qualities of strength, willpower and courage he can become the individual who benefits humanity.  His lifelong challenge will be to learn the right use of willpower.  He must accept the challenge to lead but must choose the right assistants who can help him.  He should seek out intelligent, progressive and resourceful people who will value his good qualities and help him achieve his goals.

His sentencing can be the opportunity to turn his life into really his true life and not the artificial and superficial life he was leading prior to his pleading guilty.  From the hard and seemingly awful, can come the good.