March, 2023 A Cause for Celebration 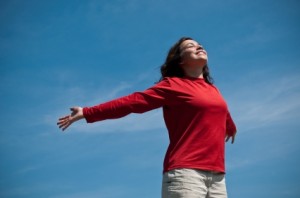 March, 2023–A Cause for Celebration

During the month of March in 2023 Pluto leaves the sign of Capricorn.  At that time we can breathe a collective sigh of relief that the surgery has been completed and the patient can now resume a “new normal” life.

The contractions, limits, regulations and restriction should begin to relax and the corporations will begin a new cycle of integration with the public rather than control of them.

The same with the unions.  It will take a few more years to get the groove back but society will begin a different way of conducting itself.

We will have survived a tumultuous time, seen our social contract turned on its head, our government system altered and we could also be on the brink of creating one or more articles for our constitution.

How will you live your life between 2010 and March of 2023? Will you suffer your way through it or will you adjust and change your life, including your place of residence, your job (s), your diet, your relationships and your routines.  It is essential that you begin to consider serious changes to your life.   This time period calls for accountability and a strong reality check.  It will be harder and harder to say one thing and live another.

Religions will be an important aspect of this change.

This past Sunday, August 8th, the Los Angeles Times reporter, William Lobdell, reported on the opting out of organized religion by Americans.  The article sites the Pew report that 1 in 6 American adults were not affiliated with any particular faith.

That number jumps to 25% for people ages 18 to 29.  The article goes on to say that most mainline Protestant denominations have been experiencing years of membership loss and that the Catholic Church has lost about 25% of its members.  Another 2008 study by Trinity College researchers states that 27% of Americans do not expect a religious funeral.  It doesn’t surprise you, does it??????

The article is well worth reading in its entirety.  He states the controversial comment that “many people who call themselves Christians don’t really believe, deep down, in the tenets of their faith.  In other words, their actions reveal their true beliefs.”  Culturally, America is still a Christian nation.  “The majority of us still attend church at least occasionally, celebrate Christmas and Easter, and pepper our conversations with ‘God Bless You’ and ‘I’ll be praying for you.’  But judging by the behavior of most Christians, they’ve become secularists.  And the sea of hypocrisy between Christian beliefs and actions is driving Americans away from the institutional church in record numbers.”

This is just one example of the major changes that will take place from now onward.  All religions, Islam, Buddhism, and Christianity that began during the dying Piscean Age are fading in their practice.  The core lessons of these religions will remain but the rituals, ceremonies and hypocrisies will fade.

The laws of these religions will have less relevancy (i.e. Catholic women using birth control even though the practice is considered a moral sin, evangelical adolescents overwhelmingly say they believe in abstaining from premarital sex but are more likely to be sexually active—and at an earlier age—than peers who are mainline Protestants, Mormons or Jews—according to the University of Texas researcher Mark Regnerus.  Churches on Sunday mornings are said to be the most segregated places in America).

We are in a Renaissance.  We are becoming enlightened—even though it appears the opposite.  Religions, finance, economics, laws, social contracts and more are being exposed, transformed or expired.  It is wise to lower your resistance to change.  In doing so your priorities can be reconsidered and you can establish a new life that is more supportive of your current needs.  Otherwise, it can be really rough road from now until March of 2023.