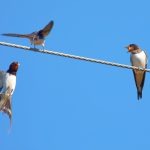 several hundred years.  We still are learning to master the behavior of the civilized.  We aren’t there yet so it is not surprising to see barbarian behavior both in and out of the “civilized world”.  We have so many examples of humanity injuring itself and others.  It can be hard to not get discouraged. In spite of it all, we are progressing.  We used  to live in caves and died early and often.  Our life spans are longer and we have learned language and how to build a backyard barbeque.  Progress?

What we have a long way to go to learn is just kindness.  How about respect?  Once we got into religions, the world became a system of yours is different and incorrect.  So we have wars over them and we kill each other and destroy people, land and treasure.  We keep doing it in the name of whatever.  There is righteousness to go around.  The latest example of this righteousness here in the USA is in the state of Texas.  We now have abortion vigilantes in Texas who get paid to report someone who helped someone else get an abortion–even a car driver.  Sounds a bit like a smaller version of the Taliban.  Why are these laws made up by men who have never been pregnant or who never had to raise a child in poverty?

Here is something you may not be aware of in the early Occidental and Eastern cultures, it was generally accepted that the soul did not enter the body of the fetus until the 5th month of pregnancy.  Therefore, abortion prior to the 5th month was not a crime.  After this period, it was considered murder.

“The Catholic Church expressed this belief in the Doctrine of Passive Conception, which stated that the fetus was without a soul until the 5th month and could be destroyed without punishment.  It was not until 1869, when Pope Pius X announced that either God had ‘misinformed the church’ or that He had changed His mind, that the church’s attitude toward abortion was reversed.” Numerology,  Astrology & Dreams by Dusty Bunker.  Amazing stuff.  This is just one example of man-made laws that are made up as you go along.

Which bring me to 2024.  Back in 2008, the USA was to go through a very rough period of change.  It was to last until 2024.  It would expose all the dirt in the country and almost tear it apart.  Out of it will come a new opportunity for the country to rebuild itself in line with its original intentions.  The country had become a corporate/government entity and “we the people” no longer was the focus.  The results of the corporate/government focus has been shown easily through the last several years as we watched the huge carving out of the middle class.  This has been going on for some time and the systems are on their last legs.  We still need exposure and that is what will continue up through 2024.  We now see the endemic corruption.

The old capitalist system dating back to the East India Trading Company hundreds of years ago has resulted in each segment of our society and its industrial base being controlled by four big entities including banking, airlines, hospitals, nursing homes, tech and social media, pharmaceutical, defense contractors and many more.  Their power is enormous and can influence those elected officials to put their priorities first.  In the large cities, the same power is wielded by the unions.  Even the police department in Los Angeles hides behind their union so they don’t have to take the mandatory covid vaccine.  The LA Fire Department is only 50% vaccinated and they are up close and personal riding in the ambulance with you.  One interesting statistic in Los Angeles is that 83% of calls for the fire department are for paramedics not for fires.  “To serve and protect” goes out the window.

The mark of a more civilized society is in valuing society as a whole not just an individual.  The goal was always to maintain the society and the individual working together.  We need more time to enlighten ourselves, understand rational thinking and to be exposed to those who are different than us.  It is true assimilation and we are not there yet.  We struggle with it and that is okay as long as we understand that those who will not progress will be left behind.

Those nations that do not respect and cherish the rights of women cannot proper.  Just look at those countries in the world who are backwards in their treatment of women.  They flounder and fight.  They do not prosper.  Women are the conscience of a society.  Without respect for her rights, the country will not do well in the world.

Which brings me back to 2024 when the female power really gets into high gear and begins to take over certain areas of our society.  Watch government and banking.  These two are early trends that will blossom forth in 2024.  Also after 2024, the heavens send in very different transits and society begins to make the big changes.  Stay tuned.