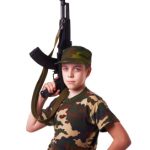 mentally disturbed young men.  It is especially creepy in learning they were able to pass our equally mentally disturbed background checks.  The theater acts repeat themselves. Disturbed individual accumulates an arsenal, obsesses on past and current slights or causes, hides in plain sight and then swoops down and annihilates an innocent group of citizens.   The community is shocked, the large number of police cars rush in followed by swaths of media trucks, microphones and reporters.  Next come the roses.

We start the candle light vigils, lots of flowers, prayers by all the preachers, rabbis and others from various faiths.  We wear ribbon pins and we huddle for some type of solace.  Funerals and eulogies follow and then it all fades from the news.  We return to our lives.  Of course, those who are directly impacted by the loss of their loved one will probably never recover, or will find some way to cope with their lives forever marred by the loss.

Give it time and the theater will repeat another act.  It will continue to go on until we, the people, figure out that prayer vigils and political platitudes are not enough.  2nd Amendment interpretation by the NRA won’t support this terrorism.  Politicians won’t touch this hot potato unless his/her constituency insists on the holding of feet to the fire until laws are changed and enforced.  The statistics are all there.  No special committee has to be formed to study it.  Citizens just need to become politically engaged and focused.  Given the randomness of this event, individuals don’t think it will ever happen to them.  Maybe if citizens got tax write offs for being involved in these types of issues, we might get somewhere.  It is sad but true, we are just not that invested in stopping these attacks.  We just act with horror, shake our heads and move on.

3 responses to “Guns and Roses–America’s Theater”