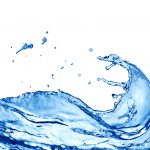 government and corporations.  It just goes on and on for at least 7 more years.  It’s a scandal a week.  This past week has been the drinking water and poisoning of the residents of Flint, MI.  It seems the decision to switch from Detroit drinking water to local river water was made by the State government to help save money.  The state also knew this was dangerous and did it anyway.  It was finally reported loud enough for someone to listen.  Perfect example of the exposure.  We can rest assure that more of these types of cases will reveal themselves to us.  We have a major gas leak going on in Southern California.  This was due to shortcuts in safety many years ago.

One thing you will notice is that these disasters all have to do with water, oil, other underground products and liquid contents.  Another example is the dumping of chemicals into rivers and lakes.  All fluid or underground events.  These stories are related to the old Piscean Age, the age of hidden and liquid.  Underground resources are very Piscean and problems with these conditions are examples of the old Piscean Age slipping away.  The fight over these resources is also connected to hanging on to the old ways of power.  The Age is dying.  The incoming Age of Aquarius is pushing these out.  It won’t all happen in our lifetimes but it is happening.

In the meantime you will see more exposure and changes to laws.  The government has been in bed with corporations for so long that it seems as if nothing will change.  It already is.  Once we get past the next 7 years, you will see many changes in our way of treating law breakers in the government and the corporations.  Stay active and get involved.  This is a number 9 universal year.  It is the end of business as usual.