What if you set out to conquer a part of the world but no matter how strong your troops or how sophisticated your weapons, 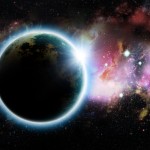 you lost the conquest?  Most of us are somewhat familiar with feng shui and the ancient study of energies and directions of the earth and heavens.  We rarely branch into esoteric aspects of feng shui and focus instead on our houses and offices.   Sometimes, however, glimmers of the deeper meaning of movement and placement are revealed to us.  What could possibly be the connection between conquering a part of the world and the earth’s energy and direction?  Hidden information, studied over time, would be critical to a decision to even set out to conquer.

The “Nine Star Ki” written by Kuchi and Esko explain critical elements of directions of the energy.  If it is working for you or with you, grand, if not, caution.  The basic principle of energy direction is tied very much to yin and yang.  Why do we say in slang “the person or situation is going south”, basically meaning, it’s going down and out, or losing or lost.  The earth’s centrifugal force is stronger closer to the equator, which means toward the south (in the Northern Hemisphere).  Centrifugal force causes expansion, diffusion etc.  Notice how plants grow taller and are more yin near the Equator.  You naturally tend to separate and scatter when you suddenly move there.  The north, of course is the opposite.  It is more highly charged by heaven’s yang energy which is centripetal force coming down from the northern sky.  This causes a movement toward gathering and getting together.  We get closer in cold weather.  If we want to get together to enhance our relationship, go north to strengthen it.

Looking at history, you will see that northern groups more easily conquered groups lying to the south than vice versa (reversed, of course, in the Southern Hemisphere).  It is difficult to conquer from south to north.  Notice the Civil War in the US or South Vietnam from North Vietnam.  North Korea remains a threat to South Korea.

It is also difficult to conquer from west to east.  It is much easier to conquer east to west.  This has to do with the earth’s rotation which travels west to east.  Therefore, The earth’s atmosphere and the sun’s influence and the heaven’s force showering down through the North Pole, all travel in the opposite direction.

Ancients knew this information and said it was very difficult to conquer the world if you go against the sun (west to east).  Hitler, Napoleon and Alexander the Great all suffered defeat in this direction.   But when Europeans went west to America, they became successful and powerful.  If flying to Europe from America, it requires more rest upon arrival versus traveling in reverse from Europe to America.  That direction is always easier.

For all of us, if we are going to change locations, it might be easier to know how well we will adapt.  Will it be easier or more difficult?  Atmospheric energy is always moving so it is best to find an expert in this area of directions for the yin and yang energies and how it relates to your personal birth year.