Demeaning Women and the Rise of the Number Two (2) 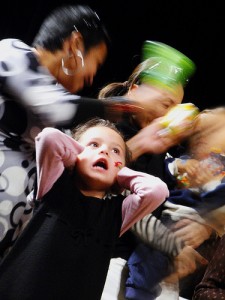 contraceptives.  She was testifying before Congress in support of contraceptives in the new Health Care bill.  Rush’s rants are nothing new as women are demeaned and marginalized every day in the media and in real life.  We hear ourselves called “sluts”, “bitches”, “whores” and other endearing nouns too nasty to be in print.  If that isn’t enough, it continues on into Mother-in-law jokes and “dumb blonde” jokes.  With the swift rise in social media, it seems more and more of this is tumbling out of the ethers.

What is happening?  Is this a “war on women”, publicly demeaning women just because they are women?  This is not a Republican or Democrat issue.  Both sides equally insult women.  What is happening here is the uncovering of the deep patriarchal control and power over the female and the deep fear or threat of her regaining her power.  This is ancient stuff.  After all, she has the power of giving birth.  While in the past our society could mask many of its deep fears of the power of women, with the rise of the number two (2) in the year 2000, the masks are coming off and here it is, worldwide, for all to see.

The Importance of the Number Two

The number two is a feminine number.  It is receptive and intuitive.  It is the peacekeeper and arbitrator.  It is the other part of the Number one.  It is one of the parents of the number 3.  It is the “conscience of the society”.  It bears forth the fruits of labor–in the field and in the home.  It is the intuition of the male.  The earliest known religions held the female deity as to be sacred.  In ancient Egypt Mother Goose was Mother Hathor who lived in the Nile Goose.  She produced the whole world in her primordial egg.  The Lakota Indians teach that the female principle comes before the male.  The female principle must come before anything else can happen.  It is the womb, the starry night and the great void of possibilities. 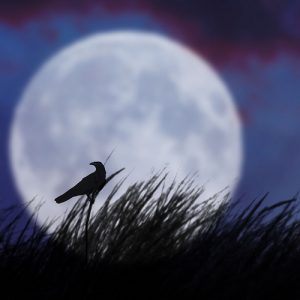 The Mother in the Heavens

The female deity can be traced back to 25,000 BC in the Upper Paleolithic Mother-worshiping cultures.  As recent as 5,000 to 6,000 years ago in Mesopotamia (now known as Iraq), the Sumerians, who lived in the Southern part, Goddesses were honored and the females were worshipped and adored throughout Sumerian history.  The early calendar was always Moon-based (feminine cycle) not sun based.  We still plant according to the cycles of the moon.

In modern day and the rise of the Judeo-Christian, Islam, the Bible and the Koran, the sexual identity of the female deity is glossed over or perverted.  The Old Testament doesn’t even have a word for the Goddess.  She is referred to as Elohim, which is masculine gender.  Allah, in the Koran, says that “Allah will not tolerate idolatry…..the pagans pray to females”. So it would seem that pagans were those who would not convert to Father-God worship.   When Father-God took over, attitudes toward women changed.  They believed that man’s obsession with women and her physical body was too powerful and that drove the early church fathers to impose celibacy on their clergy.  To the patriarchal church fathers they even named Hell after the Goddess Hel.  Talk about the ultimate insult.

The Church fathers wanted to frighten the people away from the Great Mother who ruled heavens and earth.  So we get the case of Mother Earth’s temples being too rich.  These should be forsaken.  The battle between God and “Mammon” (mammon comes from mammary) devised the Christian “devil”–representing “mammon”.  The rich temples would go forward as temples belonging to the father.

So here we are today in 2012 exposing the mistreatment of women around the world.  Acid throws in Pakistan, female stoning in the Middle East, female genital mutilation, forced marriages in so many cultures, inability to drive a car in Saudi Arabia, honor killings, prevention of employment, lack of health care, diminishment of the female and her body parts by talk show hosts, laws in the various societies that favor males and, of course, the banning of women from entering the Catholic Church priesthood.  Consistent, isn’t it?

Two Things That Are Changing It All 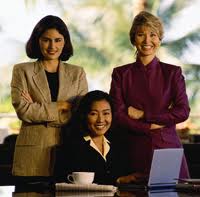 Time Waits for No One

Two (2) things have come to pass that are beginning to change things and are resulting in pressure throughout the societies of the world.  The launch of the number two from the years 2000 to 2999.  Throughout these 1,000 years, the female power (the number two is a feminine number) and the female place in society begins to rise from the hidden.  She is more active in all societies.  There is more support for her.  She will become a bigger force, one that is not going away but is growing in power.  We have 1,000 years to learn how to talk about, treat, work with, partner up with, think about and grow with the female energy and heal from the last few thousand years of the dominance of the Patriarchal and Father energy.  This is big.  Many men do not know how to handle it except by making jokes about it.  They are uncomfortable with it and see it as a bigger threat to their own place or station in life.

The second event that has happened is the advent of the Aquarian Age and the rise of the individual from the collective of the last Piscean Age.  Most of your mainstream religions were formed during this past Age and are in the beginning phase of ending.  Hence the controversies in the Catholic Church over pedophilia and loss of congregations.  Fear was the teaching tool of the prior Piscean Age and will not be as effective in the new Age of Aquarius.  Purgatory doesn’t have nearly the influence it once had.  It takes time to do this but it is already on its way.

So where does that leave Rush Limbaugh, Bill Maher, David Letterman, Ed Schultz and the rest of the “talking heads”?  They will continue to “do the dance” until we say this is old and stupid and insults us all.  Americans are in a hurry.  They are a No. 5 nation.  They like to move.  They don’t like to wait. (Remember the Inndianapolis 500 is a No. 5 for a reason).  It will take time to make these power changes for women but they are already working and the universe with all its planets, stars and moons will always be there and Mother Nature (interesting that she is a female) controls the show.  Her ratings are always the top.