Death and Transformation–Looking Beyond the Pandemic

Here in California we have passed the first month of our lock down.  It seems to have helped.  In Los 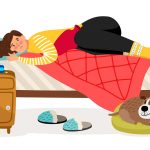 Angeles you will not be admitted into any essential business without a face mask.  In short, if you step outside your house, you need to be masked.  It is hard to see a world moving forward in light of these conditions.  As we test more, we will raise the number of sick patients.  It seems like the world we knew is gone.  In actuality, part of it is.  Part of it died and is in the process of transformation.  We just don’t know how it will change.  There are hints and signs of what we can expect moving from the old ways into the new ways.  The old ways want to reopen the economy asap and try to get to get back to business as usual.  It won’t and it can’t.  Trump and his supporters are part of this old way.  They are pushing for a date to reopen.  The transformation will take years and the start of it is still baking in the oven.  Just like a cake or bread, you cannot take it out too early or it will collapse or literally be “half baked”.  Some of our leaders are behaving “half baked”.

I have mentioned for years that the transformation of death and rebirth is a 16 year cycle.  We still have 4 more years to accomplish this.  It is not surprising that the United States has the highest number of corona cases.  We were woefully under-prepared and unprepared.  We had poor safety nets.  53% of US households had no emergency savings.  550,000 homeless were living on the streets.  27.9 million non-elderly lacked health insurance.  33.6 million civilian workers lacked paid sick leave.  21.3 million lacked adequate broadband.  Should we be surprised it collapsed so suddenly and all the vulnerabilities are being laid bare.  Hospital staffs are clambering for protective gear and ventilators.  Poor regulatory support and laws for the nursing homes and assisted living centers have exposed the lack of care and concern for the elderly.  They have become houses of death.  What does all this say about us as Americans, our priorities, our values and our correct use of resources?  The lack of compassion and arrogance has sown a dangerous garden of toxic plants that we have to weed out before we can literally breathe again.

Congress must and will spend buckets of money on the problems.  They are the CARE packages of WW 2– Band-aids as we try to pay bills and stay afloat.  More money will have to be spent.  It will come in stages throughout the rest of the year.  We literally will just mushroom the debt and we won’t be able to avoid it.  Eventually from all of this will come the needed reforms necessary for this transformation.  There will be a new attitude about safety both physical and financial.  We will become more austere and less abundant.  We will experience record unemployment as the economy restarts.  As it starts, it will be very slow in consumption, trade and growth.  We might even be going back to darning socks.

One of the biggest changes will be the focus of the citizens.  There will be a focus towards local state and city direction, not Federal.  The Federal government has shown its failure to perform.  The combination of Federal failures and viable state and city leadership will make this a turning point away from a centralized government based in Washington.  This is enormous.  It will have major impact on how we govern in the future.  The deconstruction of the central government has been going on for some time but it has accelerated during this pandemic.  Citizens trust their local leaders more than they do Washington.  This will have great impact on the election in November.  Record unemployment could put Trump’s re-election in grave danger.  His crazy behavior during his Covid press meetings delivers a lack of trust and dependability for the general public.  His supporters will stay with him but not if he makes it too physically dangerous for them.

Because testing and treatment will be critical before we can safely open the workplace, it will be some time before we will have the measures of freedom of movement as the past.  We will be reluctant to use touch screens, get close to people, avoid crowds and other precautions to not contract the virus.  We still must learn more about the virus and the effects on the entire body not just the lungs.  We will be relying on science and not politicians.  Because Washington has done such a poor job handling this crisis and because of its history to eliminate or under fund important citizen safety departments, the citizens are finding out how bereft of concern Washington was in taking care of its most important asset, its people.  Part of the changes coming will be an increase in citizen activism and engagement.  Populism will rise but the existing Populists will be in jeopardy.  This includes China, USA, Brazil, India and the Philippines.  They have shown to be ineffective in being honest with their citizens during this crisis.

Look for a slow re-start to the economy.  Still many jobs will be lost and unemployment high for some time.  Social distancing will relax somewhat and then relax some more.  It will take the rest of this year to start feeling that the corner is turning.  It will be even longer before we have a vaccine.  They are saying 18 months.  I hope they are correct.  A really fast vaccine takes about 4 years.  In the meantime, we need to learn more about the virus so that we can treat the patients.

These changes will occur from now to 2024 and they come in waves.  You can expect many risky investments as people will be enticed to get higher returns.  Banks will provide the bait.  Be careful.  Expect that we will use less global supply chains and more local suppliers.  It will be a new day in manufacturing in the US but it will require less physical labor and more AI and robots.

A new and better way is coming but we have to take a look at what we have done and our part in this crisis.  How and what do we want our government to be focused on?  Once we reach 2024, the corporate focus and the government and judicial systems supporting them will wane.  It will get better, it will be more equitable but first we will travel through 2021, 2022 and 2023–and of course, 2020.  The heavens are the directors.  We need to start paying attention to the knowledge of our past.

Tagged: After the pandemic, Changes to come in 2020, Recovering from the pandemic
4 Comments

4 responses to “Death and Transformation–Looking Beyond the Pandemic”