“The most people can do is sometimes not to be as weak as they’ve been at other times.”  Angus Wilson, English writer

We all have life path numbers.  This is also true of cities, countries, states, corporations, houses of worship etc. 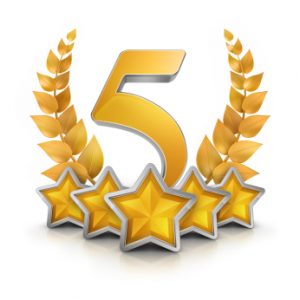 The date of birth, the date of statehood, the date of incorporation, the date of occupancy for a new house are all examples of the life path number of that entity.  Normally, we only look at our own life paths.  We want to know  our major learning lessons and our timing of life events.  The same is true of a country and a state.

The United States was born on July 4th, 1776.  The sum total of its’ birth date is 7 + 4 + 1+7+7+6 = 32…3+2 =5.  America has a 5 life path.  It is a catalyst of change.  The number 5 is always about change, freedom, progress, restless, explorer, researcher, investigator, versatile, impulsive, indulgence in the five senses, quick decisions, can be unstable in too many directions, requirement to control the senses and make changes in a progressive way.  It is a catalyst of change for the world and its role is to bring progress.  Part of its role in this learning lesson is to learn to assimilate.  Here we see the requirement to learn this lesson in accepting people from all walks of life.   As we work this learning lesson, we become the example for others.  Because America was born on a 4 day, it is also a country that values work, productivity, results and can get itself boxed in, similar to the shape of a 4-sided box.  We are currently putting ourselves inside this box.  We will not, however, be able to box ourselves in for very long.  Our nature will revert back to freedom, change and assimilation.  The true nature of America is freedom, progress and change.

California was born on September 9, 1850.  It too has the 32/5 life path.  It, too, is the agent of the change for the entire country.  It is known for being very progressive with its’ discoveries, passage of laws and assimilation of many cultures.  Currently, Californians are about to have a face-off with the US government over the lowering of gas mileage standards and the higher standards set by California.  California’s standards have already been adopted by 12 other states.  As the agent of change for the US, it will be interesting to see how this battle plays out.  States rights are written all over the case.  You can be sure that if California is asked to lower its standards, there will be a strenuous and protracted conflict that could draw out for years putting auto manufacturers in great uncertainty.  As the 6th largest economy in the world, California’s clout cannot be dismissed.  Its influence with its auto standards have been adopted by Germany.  The interesting note on all of this is that President Trump has a number 4 life path.  The box.  It will be interesting to see how successful he is in putting America in a box again.  The name of this box is called “security”.

California’s job as a 5 is to promote progress.  It cannot be of another nature.  It is also born on a number 9 day.  This is the number of the humanitarian  and interested in being of service to others.  A number 9 day person, always wants to make the world a better place.  The number 9 is also a testing number, the higher you evolve, the more difficulties you may encounter.  Time and time again California is tested on its laws, regulations and its toleration of others.  It is a generous number and has one of the best support systems for the elderly, the disabled and the immigrant.  It is the catalyst for the United States.  Some of its customs, its culture, its foods, its ideas, its laws, its inventions and many more societal changes begin in California.

As much as people are repelled by California and the change she brings to the country, she will keep up the pace as that is her true path.  Many Americans complain about Californians as being too liberal, too progressive, too secular, too condescending, too isolated etc.  It is interesting to note that for many years others countries of the world have said the same thing about the United States.  Both have a similar and difficult task, to bring progress and change to the world and to the country.  Overall, people don’t like change.  They resist it as it can feel at times like a sense of loss.  The loss of what was, the loss of the familiar and a requirement to face the unknown.  We hear these arguments against change going on now in our government and politics.  There is a desire to go back to the 70’s to the 50’s.  There is a desire to go back to the manufacturing jobs that no longer exist, a desire to push back environmental progress, a dismissal of science and a resistance to change.  It’s pretty much a standard operating lesson for a number 5 life path.  Change or be changed.  America will revert to her true nature of the 5.  It just depends on how long the struggle to get there takes.  My guess is a few more years.