“Bill Cosby is not having a good day.”  New accusations have surfaced regarding his latest sexual behavior.  They are over 50 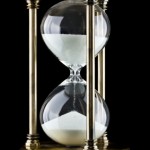 now and still counting.  Who is this person who made us howl with laughter and presented an upstanding profile to the black community.  He, in fact, became quite adamant about parental roles in molding African American children in America.  Speeches and interviews were delivered on how to raise the youth of our inner cities—right down to dress and language.

Who is this Dr. Jekyll and Mr. Hyde?  Looking at the numbers of his name, you see that he has several karmic debt numbers in his name.  That is not easy or cool.  Karmic debts are different than karmic lessons.  Karmic debts requires payment now—in this life.  No postponement.  He possesses three of the four debt numbers 13, 16 and 19.  They lie hidden in his three birth names William Henry Cosby, Jr.  The interesting quality about Cosby is that he has been to earth many, many times.  He knows how it works here and nothing really thrills him that much.  He is very smart, witty and charming.  Born with a No. 3 life path and on a No. 3 day (12), he has the gift of gab and can make people laugh very easily.  He had to grow up too quickly or they treated him like a little adult when he was little so the need to be heard is very strong in his chart.  He didn’t think anybody really paid attention to what he had to say.  This would make the stage or the entertainment world a perfect vehicle for him to be heard.

What is interesting about his chart is the strong sense of family but the need for variety and control.  He has dual personalities, both charming, the boss, control and definitely would want things a certain way.  The debts of the numbers 16, and 19 are most troubling.  16, represented by the towering inferno in the Tarot deck of cards, can be destruction.  Depending on how it plays, there can be no adultery in a chart because of the karma in that area attached to the number 16.    A 16 will also test you on your faith.  It can bring betrayal by a loved one or accusations such as you are now seeing in the press.  The number 19 is the abuse of power.  Here with see a situation of Bill Clinton being brought down with Monica Lewinsky.  It is about old scores being settled on the abuse of power.  In Bill’s case, it was to be done to him.  He overcame the condition and has tried to rectify his behavior with support of his wife Hillary and his do-good activity in the world.  It remains to be seen what Bill Cosby does to reverse the damage.

Bill Cosby will find it helps to surrender to these powerful forces.  He must develop a strong sense of faith over his greatest fear and realize that debts must be paid.