I used to compare the United States to a teenager.  It doesn’t have much patience, is not always able to see the long view, 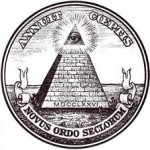 can be loud and obnoxious,  and is trying to create its own identity in a world that has established its own order.  It’s not easy being a teenager.  America also has a 5 life path which seeks and craves change and progress.  Teenagers don’t like to go backwards.  They are forward-thinking people for better or for worse.  The latest school shooting in Florida has brought out this group of citizens and they don’t have the patience to wait any longer for gun control in America.  They are a force in the United States and they cannot be underestimated.  They are not going away and their group has caught fire.  The NRA and the political figures who are sponsored by the NRA should be uncomfortable.  Teenagers won’t be ignored.  Teenagers grow up and vote and are experts with social media.

The United States is in the phase similar to a teenager.  It is trying to become a civilized country.  It is trying to become an adult but it is still acting theatrical and immature.  George Friedman, the well-known geopolitical expert speaks of the stages of development of a country.  He states that a country grows from stage 1, barbarism, 2, civilization and stage 3, decadence.  These are similar to the stages of human development “Indolence, adulthood and old age”.  The United States is in between barbarism and civilized.  Certainly it shows in how it conducts itself on the world stage.  Friedman states that “emotions and ideals drive behavior of young, barbaric countries; sometimes in irrational ways.  Indifference–belief that nothing is better than anything else and, therefore, does not merit fight, drives behavior of old, decadent countries.  Between barbarism and decadence is civilization where a state and its people manage to balance the passion of ideals with a skepticism of reality.  No. America, including Canada, the United States and Mexico are on the opposite ends.

These 3 nations are quite young, less than 250 years old and walking the fine line between barbarism and civilization.  All three countries were colonies and are trying to create their own identities and carve out their own place in the older established world order–just as a teenager would do.

This NAFTA agreement, the my way or the highway idea of trade, the soon to be dangerous tariffs placed on steel and aluminum by executive order point to an immature leader representing a country that has not reached its own civilization.  The fact that all of these trade arrangements are not coming from a popular referendum or a meeting of the minds but from an executive order reflect this immaturity.  The US threatens to withdraw unilaterally from agreements and trade deals despite legal consequences.  Basically, it looks as if all sides are trying to intimidate each other.  All of these talks with China, Canada and Mexico are theatrical but reflect an inexperience and immaturity of the countries involved rather than the uncertainty of the agreement.  Particularly in the case of NAFTA.  I highly recommend George Friedman’s work www.geopoliticalfutures.com.

America, when she is ready to be more mature, will choose a more mature leader, will create negotiations that are orderly, well-crafted, civil and in a timely matter.  America’s current leader and supporters of this leader reflect an aggressive, hostile and an ideology that is keeping with the behavior of young nations.  As hard as it might be to digest the fact that America is transitioning from barbarism to civilization, she is not fully assimilated in the world order of civilizations.  She is young, she is brash and she is still trying to carve out her place.  Certainly, the behavior of today and the desire to turn back the clock to a period of the 1950’s is reminiscent of the teenager who occasionally wants to go back to childhood where tantrums got you attention.  They also got you sent to your room for time-outs.

12 responses to “America’s Immaturity is Showing”