A Glimmer of the Worm Turning 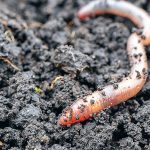 heavenly transits.  The big Pluto in Capricorn transit has been haunting our lives since it began in 2008.  I have kept the same drum beat rolling that until it was done with us, there would be little peace and sanity.  The hardest days were to be 2015 through 2019.  The ending would come in 2024.  We are right on time!

Whether the United States realizes it or not, it is the catalyst of change for the world and that was part of its purpose.  Inside the United States, the catalyst is California and it will change the United States.  So we must go through these challenging times always realizing that a higher purpose is in play.  For America to evolve and understand how to assimilate it  has had to be disrupted and exposed.  Both of these features have been required.  America has to look at its self-deceptions, its value system and its denials.  On top of that, the old Industrial Revolution that started long ago in the 1800’s and its style of capitalism is being replaced.  To what is the question.

Is a recession part of our correction during the next several years?   My guess is yes, although everything will be tried to avoid it.  It is a different time in that more than the United States is involved in the cause.  Underneath all these statistics of low unemployment etc. is the somewhat misleading low unemployment rate.  A significant percentage of the population remains jobless.  These low figures do not take into consideration those who have stopped looking for work or too ill to work.  If we are trying to grow this economy, we need fresh qualified labor.  The United States doesn’t seem to have a sufficient quantity.

In 2020 there will be a few months where things will begin to show a little light.  Near the last week of March and going through July we will see a bit of lighting up of conditions.  Just a peek.  It goes back to its old self after that it stays a bit heavy until the end of 2020.  The worm starts turning January 2021.  We begin loosening this heavy hand of law and order, military might and corporate/government rule.  Government will still be a heavy hand but the corporate world will be shifting more towards the people.

In yesterday’s Wall St. Journal, Jamie Dimon, the head of Chase Bank, joined over 100 other companies to help put out a statement by the Business Roundtable, a leading business lobbying group, regarding priorities for companies.  This statement was signed by 181 CEO’s. It officially called “Statement on the Purpose of a Corporation”. It is saying that the emphasis going forward for these companies will be on (in order of the statement) customers, employees, suppliers, communities and dead last–shareholders.

This is huge.  It is reversing what has been the standard operating procedure of corporations in America.  It was always shareholders first.  This has been this way since the 70’s.  What has caused this shocking reversal?  It is a combination of the transits and the push on the grounds for income equality etc.  It may be reflecting a sea change in the attitude of Big Business CEOs to challenges to their management principle coming from social organizations and especially from some candidates for the Democratic nomination for President.

It can also represent “recognition that the federal government, once an agent of social transformation, is not currently playing that role.  If issues such as income and wealth inequality, climate change and racial discrimination are going to be addressed, corporate America will have to step up to the plate.  Stakeholders are pushing companies to wade into sensitive social and political issues.”  Michael Hiltzik, LA Times, August 29, 2019.

Larry Fink of the investment firm Black Rock  said”as divisions continue to deepen, companies must demonstrate their commitment to the countries, regions and communities where they operate, particularly on issues central to the world’s future prosperity.”  Beginning to sound very Aquarian to me.

On top of this sea change, yesterday the Governor of California signed into law one of the nation’s toughest standards for the use of deadly force by the police, ending years of often tense discussion and providing relief for families of those killed by officers.  This law was brought about by the death of Stephon Clark in 2018.  It is an important note that California trends and laws influence other cities, states and counties.  It is only a matter of time before this spreads to more regions.

Although we remain under this heavy transformative Pluto transit, we survive it because we are willing to make corrections in our laws and in our beliefs.  Revolution usually comes about because the people have been ignored, abused and weary of a system that doesn’t work.  We are fortunate that America has a system to avoid a revolution.  It is called elections and legislation.

We have to clean up our act, including ousting the lobby control, hidden money and its power over our Judiciary, Legislature and Executive branches.  This will all begin to really change after 2024 but the match has been lit and the worm is turning.  A little light here, a little light there and soon you will have a few candles to get it going.  Once we get past 2019, we will be more effective in the message of more cooperative capitalism.  About 4 1/2 year left to this transit.  We need to keep working with it and heal ourselves from our self-inflicted wounds.

11 responses to “A Glimmer of the Worm Turning”