As we look at the GDP and groan at the job losses, downsizing and the waiting workers, we need to remember that these 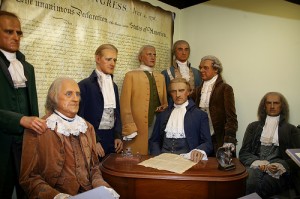 We are returning to our roots

next 10 years are extremely important to transform America and her roles in the world.  This long transit that began in November of 2008 marches forward to its ending by 2024.  It has gotten our attention through exposure and pain.  Now we really begin the work of transformation.

Remember, first you have to make the patient aware of its chronic illness–excessive waste, spending, bloated bodies, unhealthy habits, government and corporate corruption and the big ones “self-delusion” and “self-deception”.  We have been like the battered wife who returns to the battering husband.  We kept doing it even though we knew it wasn’t right.  Co-dependency is a hard habit to break.  The country is in rehab from an addiction to self-indulgence.  Anyone who has been in rehab or has food, drug, alcohol or relationship addiction knows it takes time.

America has dual tracks.  She is reinventing her workforce from a manufacturing economy to a specialized knowledge economy.  The unemployment true picture is more like 11%–even higher for minorities and youth–and will remain high for several more years.  We will have to get used to a high unemployment picture.  The government continues to pull strange figures out of its ear regarding true unemployment.  It figures if it doesn’t count the people who stopped looking, it can present a rosier picture of employment.

It is extremely important to wean the citizens off of a welfare, entitlement scene.  This is not a pretty picture but it is very important to continue building America’s freedom, self-reliance and the ability to reinvent herself.  The more the government gives to you, the more it can control various aspects of society.  Charity becomes entitlement.  We do not want to copy a European model of benefits and entitlements.

While she reinvents her workforce, she must remember what made her great “the ancestral nature of our people–creative, inventive, original and inclusive” Singapore Prime Minister Lee Kuan Yew.  While she reinvents herself and her workforce, she must remember to keep her culture–inventive, original and inclusive.  Lee goes on to mention that what can destroy America is “multiculturalism”.  He uses multiculturalism in the sense of a lack of appreciation and a gradual surrender of the essential culture that has sustained America since its birth.  He describes the creativeness, hardiness and the political and economic conditions of America as its greatness.

America still has the advantage and will keep this advantage for several decades.  Stop going into fear about everything.  America is great because of its generosity, magnanimity and idealism.  We are the most benign of all the great powers.  We must, however, continue to attract and keep talented people as well as  keep our entrepreneurial quality.  America must see success and failure as part of a natural order of creation and not be afraid to fail.

We must get rid of goofy political figures whose whole vision is to stay in office.  We must begin to elect people who are not afraid to lose an election because of a special interest group threat.  Our political leaders are not great and that is what we miss.  We have sound-bite opportunists who stay in office for 30 -40 years and then tell us that there is life outside Congress when they know they cannot win elections anymore.  What kind of a leader is that?  Not great.  We want greatness.  We have clowns who are created by polls, media ads and managed by agents and who want a job loaded with perks.  Most have never made payrolls and too many use religion as a political tool (weapon).   They  have internal ethics committees that are supposed to monitor themselves.  That is like parents leaving the house to the teenagers and putting a teenager in charge of discipline.

Remember, this 16 year period of time from 2008 to 2024, is a revisit of America’s birth in 1776.  She is to examine herself.  What has she been doing for 240 years?  Where does she need to clean house?  What has she created during this time?  Is she keeping with the intentions of her birth?  What should she stop doing?  What should she start doing?  What has gotten out of balance?  Is it a sign of greatness to go around saying “we are number 1”?  Do we praise others with condescension?  We need to look at ourselves!