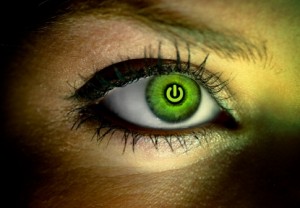 Due to extended workshop and lecture travels to Houston, San Antonio and Austin since the first of the month, this February’s Minogue Times will be abbreviated. The full Minogue Times resumes with March.

With my birthday on the 6th, with several close friends and my son’s on the 13th, Valentine’s Day on the 14th, President’s National Holiday, Black History Month and—Mercury Retrograde starting the 23rdand ending March 17th—Welcome to February. The year 2013 is moving out.

As with all Mercury Retrograde moments, this will be an excellent time for you to catch up and finish loose ends. Never dread the retrograde. I look at it as a breathing time to catch up with unfinished projects. The “shadow” of the retrograde falls about a week on either side of this period. Try to get really important contracts, interviews and major purchases completed prior to February 20th. It is not at all recommended that you look at new houses, buy big purchases (such as cars and electronics) or have elective surgery during the period it stays retrograde— February 23rd through March 17th when it officially ends (St. Patrick’s Day). For proper thinking—extend it out from February 20th to March 20th. Sign, buy and interview after that date.

Regarding February being the 2nd month of the year, this is the month of the “other”–your special other, another and the month of love. Two is considered a feminine number and strong with intuition. Be aware of the different feelings this month after leaving the masculine number one month of January. February is softer and most of it falls under the sign of Aquarius, the sign of the brotherhood/sisterhood of humanity. Usually we think of love in a very personal way, but the deeper love is more universal. From “The Quiet Mind” White Eagle says “If the action of another irritates you and you chafe under a sense of injustice, do not try to attack, even in your thoughts, the one who appears to have offended. Have you not given yourself to the Master of Love? There can be no compromise; your way is clearly shown. It is the way of love, gentleness, peace.”

2) View from the Freeway

Pluto in the sign of Capricorn is really doing its thing. We have had it sitting on America since 2008 and it will stay there until 2024. One of its characteristics is exposing corruption and fraud. It also breaks up things that need to end. It can be challenging when it becomes personal. Notice the big items it has affected:

The Pope voluntarily stepping down. This hasn’t happened in something like 500 or 600 years. Exposure of long term sexual abuse by Catholic priests. Los Angeles Cardinal Mahoney is no longer allowed to make any public presentations. The Catholic Church, along with other mainstream churches is wondering how to stay relevant is an increasingly secular world.

Just today the famous or now “infamous” Zen Master of the West, Joshu Sasaki Roshi (Roshi) has been exposed as sexually abusing and intimidating followers of his 30 centers in the West. His has seen a 50 year reign in the West. Exalted Zen Master and all.

Banking fraud, corruption of political figures, harmful medical devices knowingly being sold to the public by Johnson and Johnson are just a few examples. More and more examples will be revealed as the “dirt under the dirt” is exposed to the light of day.

You can expect to see exposure of subsidies of all kinds. This will include various industries, religious groups, the educational system, government programs and financial systems. Expect the stench to be pretty strong. It will shock you and stun you. It will include many sacred cows and people who you thought were as white as snow. This is the job of Pluto. Pluto, in mythology, was the guard of the underworld. When he falls in the sign of Capricorn that rules governments and corporations, up comes the stench. It takes no prisoners so there will be no place to run or to hide for those who have the lights shone on them. For those who thought they have gotten away with long-term bad behavior, they must remember that the “wheels grind slowly, but exceedingly small”.

We need the light shone on the dark places so we can wake up and make the necessary changes. It will take time but we can do it. People power is extremely powerful and there is “nothing that can stop an idea whose time has come”. Pay attention and DO NOT be complacent. One person can change the world or your town. Start a movement and watch others join you. The time is NOW!

Expect another four years for jobs to rebound and about 10 years for employment to be fully realized. You can expect nationwide growth to average about 1.6% a year. Read the fine print and the source of the government figures.

Do not expect much in the way of climate change regulations over the next four years. The issue is not even on Obama’s short list. The focus will be on smaller changes.

Do not expect much in the way of immigration reform over the next four years. Obama will try but it is a really long shot. There will probably be an expanded guest worker program and other piecemeal provisions.

The East Coast is on the low end of the job recovery. Go West young woman for the jobs. For various reasons unique to each State, Conn, NY, PA, Maine, RI, NJ, Md all are lackluster in new job potential. The Southeast is better but still this area will be slow. AZ, WA, OR, ND, UT, CO, TX, OK and CA will all outperform other states. You may want to position yourself for a move.

Crowdfunding is growing. This is a way for entrepreneurs to get money for their projects and bypass normal channels of lending. Hot trends are online education (expect huge sea changes in the way higher education is presented to the masses such as both online lectures, classes along with brick and mortar—what will that do to tenured professors?), healthcare and cyber security are big areas of interest. Expect to see the SEC (Securities and Exchange Commission) start issuing regulations governing crowdfunding. Don’t drag your feet if you have some good idea.

Since the government doesn’t have enough (another term for “has wasted”) money for road construction and repairs, it will change how it charges gasoline taxes at the pump. Federal gasoline and diesel taxes haven’t been changed since 1993. Expect the tax to be changed to a percentage of the price rather than a certain fixed rate—currently 18.4 cents per gallon for gasoline and 24.4 cents for diesel.

Fewer tax breaks for the drilling industry and more enforcement of existing regulations on oil and gas drilling. Lots of field inspection can be expected. Let’s see what they uncover.

Thought is the only power which can produce tangible riches from the formless. Always begin in your present business location and do the things in a certain way that cause you success. We live in a thought world and man/woman is a thinking center. You must first acquire the ability to think the way you want to think. To think what you want to think is to think TRUTH—regardless of appearances. It is laborious and requires tremendous power. BUT—you can conquer fate and have what you want.

You must get a hold of the basic facts behind all appearances and the fact that there is ONE thinking substance and all things are made from it.

Most of you realize that I work with individuals and corporations in helping them with their personal blueprints. It is very important work and so I continue to do it as long as I am able to do it. Each of us arrives here with a wonderful guidance system. We create it before arrival and work with it all our lives. It is important to know what you created and what is your timing in this life. Look at former President Ronald Reagan who became president in his 70’s or new California Jerry Brown who started his new term at 72. Since the Soul never came here to retire, why would the personality consider that as an option? Planning on retirement has created shorter lives and less fulfilling ones. We can restructure and have many careers and life experiences but we never retire even when we think we are “in retirement”. Chief Justice Paul Stevens just retired this summer at the ripe young age of 95. Why are you any different? Plan on many careers, many experiences, and a healthy body. For clarity and understanding of your timing and your blueprint, call me or email for a private session. gail@gailminogue.com.