In all that we do and all that we plan, there is always a parallel, invisible tract running alongside our plans. 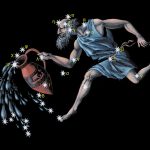 We plan for our safety; we try to plan for the roof over our heads, our income, our health and so on.  We buy insurance, we work extra hours, we raise our families, and we try and date the better people.  In short, we act as if we are somehow in control and if we do this (invest in the right stocks) or we do that (buy more life insurance) that we can be safe from future calamities.  But time after time life will show you the parallel track that has been running with you all along.  It can come in a sudden diagnosis of cancer, the drowning or accidental death of a child, a city condemns your property due to toxic leakage, your pension plan is cut in half or your newly married spouse is gunned down in a drive-by shooting.  How about the Bernie Madoff debacle?  All of a sudden all the great plans for the future disappear before your eyes.  The unthinkable and unplanned has happened.  Now what?

I have a friend who contracted a bone disease from a knee implant.  A year later, the leg had to be amputated.  Who would think that that would be the outcome of a knee implant?  This is life, this is reality and we must, in our own way LIVE READY.  We can’t plan for tragedy but we can understand the possibility of it and that nobody here on earth is sparred from its visit.  Nobody!  If you think you are or so and so is, that can be comforting.  It is more important to LIVE READY and live a life of high quality but with the ability to know, really know that the power within you is greater that what happens outside to you.  This is and always will be important to develop for yourself.

This is all to say that in some way the unthinkable is happening in America.  We are finding it hard to cope with all the shootings of the last two years, the poisonous rhetoric from our leaders, the insecurity of the markets, the loss of power of the worker, the increase in the cases of cancer, obesity and stress related illnesses.  How about the opioid epidemic?  Where did that come from?

What if any does this have to do with the Aquarian Age, America and the unthinkables in individual lives?  It has much to do with America’s original role as the “wayshower”  or the guide for the new Aquarian Age birthing itself around the world.  Going, going gone is the old Piscean Age of fear, religious control, group think, group behavior and top-down hierarchy.  Going, going gone are the tribal mentalities, the superstition, individual ignorance and exclusion by religion, culture, color, race, gender and class.  The Aquarian Age is not the age of “nationalist”.  It is not the age of one culture.  It is the Age of various cultures blended, races blended, religions diminishing and blending and enlightenment not superstition.

We as America were chosen to learn and lead.  We are learning how to assimilate.  It has been the bane of our existence since we were born.  Each group that has gotten here resents a new group that follows later.  It is pretty primal.  Of course, we have immigration issues, we always have.  We have much to learn.  We are being forced to blend cultures.  How about a Korean, Mexican taco?  How about French California cuisine, or maybe Japanese green or bean ice cream?  Our clothing blends cultures, our slang blends languages our songs blend cultures.  It is working but this is what it looks like.

America is going through a revolutionary period.  We have the future beckoning us and the past holding us back.  One thing for sure, YOU CANNOT HOLD BACK THE FUTURE.  You can try to delay it but it’s coming for us.  The Piscean Age of strong religious dogmas can’t last, the purity of a culture can’t last, the purity of a race, can’t last.  The border wall won’t work, the “lock her up” won’t work, the “send her back” won’t work.  It’s like an old carnival barky selling year’s old snake oil.  It won’t heal it but it sure sounds like it might.

It was always America’s destiny to be a “melting pot” of the world.  She is literally to be a light for the world, a light of hope to the oppressed.  The Soul of her cannot be satisfied with her own self-accomplishment alone.  Her destiny is of a larger world service to help unite the world.  Sounds so lofty doesn’t it?  Almost corny!  She has been headed that way and as a result, she has prospered.  This temporary setback of shooters, race shaming, injustice and punitive behavior cannot last.  It is a result of a last gasp of an old order.  It has crawled out from our past;  it demonstrates the areas of society that need assistance and focus–the people and issues that have been ignored or marginalized.  It is part of the revolution to focus attention on the parts of our society that have been ignored and devalued.

Do we have time or can we make time to take care of the young male population in America that feels the only way to solve its issues is to kill others?  What is going on here at a deeper level?  Why are we surprised when we have more guns in America than people in America?  Why do so many of us have guns?  Why are we so fearful?  The parallel track is running right along, invisibly waiting.  We should not be surprised.   More people will die with more guns available either by suicide, murder, accident etc.

There are those who will strive to halt the building of this new America.  There are those who fear change and want to continue with a system that was working because they had attained some degree of material ease or establishment; and those who want to keep the masses from discovering freedom, breaking from obedience to someone or thing and becoming responsible only to their “highest deeds and self”.  They eventually demand obedience by offering to keep us “safe”.

You cannot hold back the future.  It is Aquarian.  It will respect the individual and its rights within the collective.  It would be the crucible for the new kind of society.  On our Seal of the United States it says “Novus Ordo Seclorum” or roughly translated the new order of the ages or the new secular order.  Georgie Anne Geyer, in an essay published in 1999, addressed the striking influence of America on the 20th century, suggesting how America’s greatest export may actually be “the dream of freedom itself”.

Thanks to Corrinne Heline and Ray Grasse for their inspiration.

Tagged: Age of Pisces vs Age of Aquarius, America's role in the Aquarian Age, shootings in america
13 Comments