He’s young and in the midst of his 7th soul cycle.  What does that mean?  It means he is just starting to integrate himself 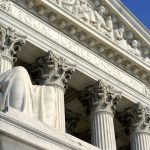 with life.  It takes 7 soul cycles to reach this stage of life where you have lived enough life to begin to free yourself from your “should’s”.  These  are the things that you bought into  or what your parents said you should do or society said you should do.  It is, in short, the time of stepping out in the world.  Each soul cycle is 7 years long and we transition into a more sincere life when we reach the age of 50.  Each soul cycle lasts one year.  In Neil’s case age 49 to 50.

He is a decent candidate but currently has tough transits going through his chart and I wouldn’t be surprised if he doesn’t make it through the vetting and grilling period.  Of course, Trump could pull off the “nuclear option” and convince the Senate to drop the filibuster rule to make it easier for him to get the confirmation.  Trump will do his best to intimidate anyone who is involved with his confirmation.

Neil is missing one number in his name, the number 2.  Of all numbers to be missing for this post, the one you really want to have is the number 2.  This gives you the quality of diplomacy, patience, tact, cooperation and the ability to work with people you dislike.  His personality number (from the consonants of his name) is the number 11/2 which helps him with this loss.  It is still there, however, as a karmic correction.  This is the candidate who would be better 5 to 10 years from now rather than now.  He also has only one number 1 in his name.  This is a weakness.  We need more than one number 1 for courage, independence, boldness and the ability to stand on your own two feet.  My concern is that others can rough shod over him and he might vote to keep the peace or go along rather than assert his own convictions.

He is definitely learned.  He has a 7 destiny (from the total of his name) so he is the thinker.  He is extremely detailed and can hold his own in any debate.  There is the bit of a teacher here so if he were nominated, he would love to express the teaching that came from his decision.  Now where it really comes to a head is with his Life Path.  It is the number 6 and we find this number is very common in the legal profession or professions where people can take care of you.  These are the mother hens and father roosters who feel they know what is best.  They live with the word “should”, meaning you should do this or that.  They need to be needed so they have a tendency to put themselves in positions where they can rescue, fix and save.  They make great teachers as well.  If living from the higher octave of the number 6, they go into the law profession to deliver mercy and justice.

Where Neil shines is in his writings.  He writes extremely well and if I was to give him his true profession, I would put him as a writer/teacher and healer.  He needs desperately to be heard.  He had to grow up way too quickly and never had the opportunity to really be heard as a child.  As an adult, he can over-talk, over-write and over-present.  His writings are wonderful.  His mind is sharp and he benefits from the limelight.  He is still putting himself together though and my concern is that his day is too soon.

One thing you will note about him, he prides himself on his appearance and notices everything about yours.  As Trump is hiding his body in big suits and long ties, Neil looks sharp, refined and very approachable.  I think he is a kind man and that can go very far.  I am concerned about the weakness of such a small amount of the number of independence, the one.  He is smart and eloquent.  I believe over time and seasoning, he could be a good candidate.  Right now, I think it is premature.  We could do a lot worse so let’s see where this goes.