The Inmates Are Running the Asylum

“Light travels faster than sound.  That is why some people appear bright until you hear them speak.”

Do you remember the movie  several years back, “The King of Hearts”,  where the inmates escape from their cells and take over the mental hospital?  It was a premise with a psychological twist.  They actually could run it better than the guards.  Do we need to take over?  Are we the inmates?  Or as Lady Astor supposedly said at her death bed with all the people standing around–“Am I dying or is this my birthday?” 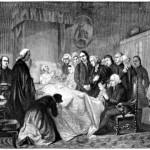 Am I Dying or Is 'This My Birthday?

Is the world system dying or are we about to celebrate a birthday?  From the looks of the headlines, facts and figures, it doesn’t look like a birthday party.  Death of an old way of doing things is more like it.  We seem to forget that a financial system put in place as early as 1913 with the start of the Federal Reserve is about to be undone and replaced.  To what, nobody knows.  This recent breakdown that began in ’08 continues on until 2024 when a new financial system is in place.  The changes in taxation, relaxation of regulations and borrowing are on center stage.  Our fearless leaders are on vacation, drinking at the water cooler or picking each others’ lice and fleas.  Above all else, they make sure we keep paying them and taking care of their retirement years as well.

If I Agreed With You, We Would Both Be Wrong

They keep focusing on the “deficit” while Rome burns up our houses, jobs and quality of life.  We should give them all fiddles and let them play.  The foundation of the system is rotten underneath the system.   Case in point, in the Los Angels Daily New report of  August 14th, regarding Assembly Bill 350 by Jose Solorio, D-Santa Ana.  This new bill would amend the Displaced Janitor Opportunity Act which was signed into law in 2001.  It would expand coverage from janitors and building maintenance workers to include window washers, landscape workers, licensed security and cafeteria and dietary service employees.

Yep, that’s correct.  If I am the owner of the builder and I want a new contractor to provide services to my building, perhaps at a more competitive price or higher quality service, I have to keep the previous employees for 3 months?  What is wrong with this picture?  How does this make sense?  The Daily News goes on to say that this bill is backed by a number of unions and is a “default way of keeping a unionized shop in existence even when an employer–in this case, the service contractor–exits a site.”  This is a small matter in our “sputtering” economy but it is an example of what we all face in trying to correct the “ship of state”.  And we wonder why companies are leaving California.

I Thought I Wanted a Career.  Turns Out I Just Wanted Paychecks.

Slipping and a Sliding

Government workers spiking pensions is another gem of manipulation by public employees, especially managers.  No one wishes ill will of government retirees pensions that were earned when employed by the government.  The manipulation, however, by these workers, especially in management as to how to calculate these pensions is endemic in the system.  Many tricks are used to boost one’s pension.

During the years of his employment, although he was not paid by the hour, this employee used CTO (compensatory time off for ‘overtime’ worked) in lieu of vacation and sick leave, so that he could accumulate years of  ‘unused’ vacation and sick leave.  Then, in the year he retired, he cashed it all in, further boosting his final year’s compensation.  This employee was provided  a car until the year he retired, at which point he elected a car allowance instead, increasing his final year’s compensation even more.

Eight years earlier, just before a promotion became effective, this employee purchased 10 years of (already discounted) extra service credits at the actuarial price for someone holding his old, lower paying, position.  Now it appears on the books as though he worked 30 years, instead of the 20 he actually worked, boosting his pension another 50%.”

Heard enough?  There is more.  If you are wondering how and where your money is used, you need to get involved or  at least get interested.  California needs to deliver better value to its taxpayers.  We have the 2nd highest unemployment in the nation. (Nevada is first)  Wow, aren’t we special???  Since California is usually a trend for the United States, this type of behavior of government malfeasance could be or already is at your door step.  Pay attention, expect resistance by entrenched interests.  They will fight in court to prevent disclosure.  All government pensions are a matter of public record.  Know how your tax dollars are spent not only in pensions but also in perks, duplicate departments and the complacency that accompanies protected employment.   In Los Angeles, we have the highest paid city council members in the nations, the mayor alone has 207 assistants and has gotten a variance to change the wall around the mayor’s mansion to be higher than permitted in the tony neighborhood.  Walled in is a great metaphor.

Get the keys and unlock the cells, the inmates are coming out.–or as P.T. Barnum (American Entrepreneur/Ringling Bros.  Barnum & Bailey Circus) said on his death bed in 1891, “How were the receipts today at Madison Square Garden?”

5 responses to “The Inmates Are Running the Asylum”