The Importance of March–the number 3 month

“In the end, only three things matter how much you loved, how gently you lived, and how gracefully you let go of things not meant for you.”  The Buddha

The month of March, as they say, comes in like a lion and leaves like a lamb.  It tumbles out of January 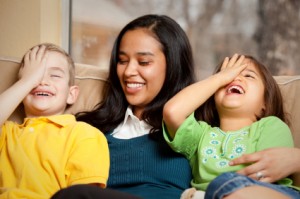 and February and leaves us with the feeling of the opportunity to move forward.  At last the hangover month of January and the slow moving month of February are over and we can now start to move out with our plans and goals.  The number one and two months of January and February have resulted in the number 3, March.  Another way of describing it is to combine the two energies of one and two, or Mother and Father, have birthed the baby of March.  The creation has appeared.  It is now the time for you to “go”, get out, take action, create and spring forth.  We even say “one, two, three go”.  I consider March to be the key month of the entire year.  What you create in March, the action you take this month, the forward movement of your life will show up later in the year–or not.

It is even more important in 2017 as this is a universal one year (2+0+1+7=10…1+0=1) and a year to establish plans for the next 9 years.  We are doing this subconsciously if not overtly aware of the energy.  When we set out in any year, we have to shake off the energy of the previous year during the first two months.  It is not until we get to this important 3rd month that we can really take hold of plans for the year and begin to mold them to our plans.  What have you decided to accomplish this year?  It is not too late to get your plans in place and act upon them.  Our most productive months of any year are January through September.  You are in the first 1/3rd of the year where you establish the playlist for the entire year.  In 2017, the hardworking month of April is encased in a Mercury Retrograde transit.  To add to this transit, Jupiter, the planet of expansion, is also retrograde the entire month of April.  How about we add in two more planets retrograde in April, Saturn and Venus.  April is much more of a plodding, roll up your sleeves month.  It is March where you can expand, create, change and seed the universe.  The farmer has come out of the winter preparation and now goes to the field for preparation and planting.  What seeds will you plant in March?

The number 3 is also considered the number of joy.  It is time to start being joyful, even if you don’t feel like it.  Practice more joy in your life in March.  Pretend.  Use the law of correspondence, “act as you would become”.  Even the word “happy”, when we add all the letters, equals the number 30, which reduces to the number 3.  Fake it and be happy.  We have had such anxiety, fear and rage pulsing through the population that it is time to take stock of our own happiness.  What makes you happy?  What brings you joy?  Can you remember?  Are you doing it?  Why not?  The month of March is your time to go around the block and meet yourself and your joy and happiness.  Kick off this month with your plans, goals and visions.  You will end the month with a lightness of being and ready to take on the hard work of the 4th month April.  Remember, do not let anyone or anything take your joy–at least not for the next 31 days.

Tagged: Importance of March, March and Numerology, Meaning of the number 3
7 Comments

7 responses to “The Importance of March–the number 3 month”