The Backlash of Congressional Behavior

The sky will not fall and the sun will rise tomorrow.  Life goes on with or without this dysfunctional leadership in Washington.  You only have to look at the charts of two key players in this 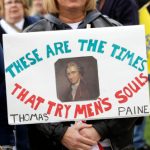 fight, Ted Cruz, the very junior senator from Texas (1 year in office) and John Boehner, Speaker of the House of Representative to know the game.  Both of these men have life paths of the number six and truly believe they know what is best for us.  Each number has its dark and light sides and when it goes to extreme it is a sight to see.

In this case you have two righteous individuals.  They truly think they know what is best for us, we “should” be doing this, we “should” be doing that.  They believe they can take us under their wings and listen and learn from the Father rooster.  Unfortunately, or fortunately, the American people don’t want this type of leadership.  Americans do not like “shoulds” and can only sit a short time with righteous thinking.

Both men have flaws that are hanging out on the clothesline for the world to see.  Ted Cruz, missing the number 2, has serious problems understanding the other person’s points of views and has difficulty compromising.  I do believe he would go to the ends of the earth to bring down what he believes is necessary to get his point of view across.  On top of that, he has a placement in his chart of low self-value.  In spite of his bravado and fake filibustering, he doesn’t value himself very much.  He has issues of poor self-worth and I am sure defeat with his plan will only add to his poor self-worth.  Nothing would surprise me if he is voted out of office in 5 years.  He is also missing the number 7 in his birth chart, so he doesn’t think that deeply about an issue.  Discernment is a quart low in his chart.

Senator Boehner is missing the number 3 in his chart.  This is the number of communications and creativity.  The irony is that he is even speaker of the house.  When one is missing the number three in their name, they tend to not be heard that well.  They don’t speak up enough and must go above and beyond to be heard.  It is not a wonder that he was unable to rope in his gang of Tea Party members to compromise and work out a plan with the rest of the House.  He just is not heard!  On top of that, he would be a poor speaker, which he basically is.  He is also missing the number 7, so deep down he is a quart low in discernment.  I am not sure he would do that well in the private sector and he is best to keep job in Congress.

Both of these men have had to step aside as they could not bring their caucus to task.  Too 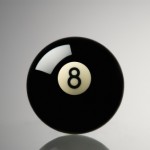 Stay in Front of the Eight Ball

many people now are blaming the Republicans for the shutdown and it is beginning to affect their standings back in their home districts.  The Americans have had enough and will punish the culprits.  Since most Americans receive some sort of government benefit, medicare, social security, jobs directly or indirectly connected to the government, veteran benefits, security and social programs, they do not take it lightly any more that these are being threatened.

The government will not default and offices will open again but we will continue to limp along with this stop-gap type of government at least through 2014.  The backlash as a result of this disregard by our employees in Washington will rear its ugly head between 2015 – 2019.  To understand this period better, look to a similar period that occurred in the pre-American period.  1760 through 1776.  For those of you who love history, here is a list of insults and injuries that were delivered on the colonists by King George during this period:

Remember this current period started late in 2008 and finishes up in 2024.  We have miles to go before we sleep.  America is going to really change, stay tuned.

12 responses to “The Backlash of Congressional Behavior”