I said back in 2008 that we would begin a long 16 year cycle that would shake America to its core.  It would disrupt 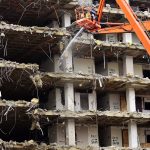 various systems and we would feel like the country is coming apart.  I also said this cycle would end in 2024.   The most challenging of the years would be 2015 through 2019.  Welcome to the most challenging years.  Go back to 2015 and look at the last two years.  What a time!  What stomach churning events.  It still goes on and we are about to enter a new phase of it this month when the planet of change, both slow and sudden, enters into the sign of Taurus and stays there for the next seven years until 2026.

What does this mean and when did we last go through a similar period?   This means that we will begin to see changes to the banking system, the marketplace, Wall Street, currencies and more.  The last time we experienced this was from 1935 (when we began Social Security) and the recovery from the Great Depression (not a fun time) to 1942 when we began our entry into World War II.  Not an easy period.  We were just recovering from the Wall Street crash and and beginning rationing and austerity of World War II.  I don’t look for this period to be easy either.  We will begin to experience the end of old business and government systems.  The existing Federal government cannot successfully govern the various regions of the United States.  We will be preparing for a more streamlined form of government.

We also will be looking at the value of “things”.  This will include the value of human life as well as the value of our currencies.  It is somewhat of a time of revolution and money.  You will see a perfect economic storm beginning to brew.  Investigations of all types will continue, people power will rise and begin to gradually work against corporations and politicians.  We will also see changes to our money systems and the power of crypto currencies.

Uranus in Taurus will ask “how free are you” when it comes to your money.  How trapped are you by your houses and apartments?  We will begin to see how trapped we are as we look at the value of “things”.  During this transit, no system which keeps the majority down will last.  You can expect a revolution in banking, currencies and the economy.  It starts very gradually, almost unnoticed.  This period will last until 2026 so don’t be impatient.  It seems to retreat and then comes back with a vengeance.  Sort of like a rash that looks like it is going away and then comes back even worse then before.   You should expect a deconstruction and reconstruction of the banking system and the taxation system.  Do try to be conservative over the next two years in particular.  The planet of shock and revolution is going through our world.  The idea of replacing your own country’s dollars and coins with one global internet currency seems very radical in 2018 but it will be mainstream by 2026.

Tagged: Changes in currencies, Revolution in the areas of money and banking, Uranus in Taurus, What do you value
5 Comments