I have been listening to all this head talk about returning to the good old days of jobs, apple pie, church and men 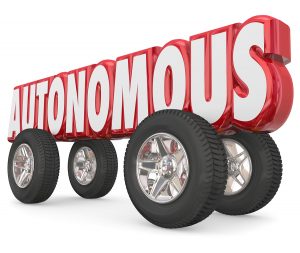 wearing hats and women wearing dresses.  We were prosperous then, or so the story goes in Washington.  We were great, we were number one.  We now have politicians telling us they can help us return to these wonder years of every able bodied person having a good paying job and being able to buy the house with the white picket fence and a dog named Spot.

Unfortunately, the days of the past are just that, they have passed.  A new world is in the making.  The old one is dying.  The politicians in power are pretty much out of touch with America, hence, both political parties are quite dysfunctional and making promises they cannot fulfill.  Mainly, their chief goal is to keep their jobs.  It’s not pretty and the people are angry.

Things are about to change some more and not in the distant future but today.  One of best futurists, Amy Webb, has written extensively about the changes.  Her book “The Signals Are Talking” helps us to see what and how trends and new ways of living get started and what to pay attention to.  Ms. Webb is the founder of the Future Today Institute and has been named by Forbes to be one of the five women changing the world.  She teaches classes on future forecasting at Columbia University and the NYU Stern School of Business.  Heavy credentials.  One of her key elements is to not look only at today’s changes but look at the fringes.  Here is where you find the nutty inventors, scientists and change agents creating products and services that will become everyday needs.  Certainly the smart phone is only 10 years old.  15 years ago it wasn’t even in the eye of the beholder.

The irony of this future think is that Washington and the Trump Administration speak in terms, as recently as today, that the workforce disruption due to artificial intelligence is “50-100” years away.   These were the words from Steven Mnuchin our Treasury Secretary.  He goes on to say in the Los Angeles Times when asked about artificial intelligence, automation and the workforce that “it’s not even on our radar screen”  “I’m not worried about AI” about robots displacing humans in the near future.  “In fact, I am optimistic”.  Is he crazy or does he just reject evidence-backed research and objective analysis?

The future is now.  We have large groups of unemployed males ages 25-54 and it is creating many societal problems including drugs and suicide.  This involves more than automation of the workforce but it is bound to get worse unless those who we pay to help us adjust to changes in society get their heads out of the sands.  Artificial intelligence, automation and a global economy are here to stay and intensify.  The administration can wring hands and tweet but while that’s going on a company name Otto and Embark (sounds like the Wright Brothers) has already created autonomous trucks that require no drivers.  They are as I write, readying them for the open road.  The week that Trump climbed into a big rig wearing “I Love Trucks” lapel pin Otto and Embark were practicing their trucks on the open road.

Artificial intelligence and automation in seeping into almost every level of our society.  It is projected that 3.5 million trucker drivers won’t be needed any more.  What about the jobs in adjacent industries?  Even Jamie Dimon, the head of Chase Bank in an annual letter of 2016 to shareholders cites that artificial intelligence is a threat to jobs in the banking industry.  ATM machines are going away as are bank tellers.  The Los Angeles Times cites a January study by McKinsay Global Institute that nearly 23% of a lawyer’s job can be automated RIGHT NOW!  “The IBM Watson’s artificial intelligence takes just two seconds to process a research request the would require a high powered human lawyer 10 hours.”

Our government is in no way prepared for any of this.  They continue to tell us that we can get manufacturing jobs back and try to regulate to preserve some of the dying industries to slow the automation progress.  But, there is nothing that can stop an idea whose time has come.  It has come.  We need to think differently, encourage our government to form an agency that works on this area to help us transition into a more worker-less society.  We will still need new jobs but they haven’t been created yet and they do not exist.  We will need technical expertise and skilled workers and those who can help machines learn to make decisions.

The millennials who are used to using Uber for transportation (I’m getting used to it too) won’t be your big car buyers of the future.  They like not driving and the freedom from car payments, insurance, repairs, tickets, parking costs and the enjoyment of safer driving (research shows that 94% of accidents are caused by human error).  By 2040 we will have these driver-less vehicles taking us on our errands to the airport and about town.

What will this all do to the workforce.  With driver-less trucks there won’t be the need for truck stops.  This will hurt the bottom line of fast-food chains and those who supply them.  How about less highway patrol, declines in speeding tickets.  Amy Webb takes it further.  If we have less speeding tickets, we have less need for traffic courts, lawyers, judges, clerks etc.  These are the side industries that need less or no workers due to the driver-less trucks.

In the meantime we don’t need leaders to tell us that it is 50-100 years away and feeding us cake when we need nutrition to help us recover.  Progress involves risk but you cannot stay on first base.  You must go to second and third and home to make progress in your own lives and in the life of this country.  Fear and anger will not solve this.  Good research, creative thinkers, politicians who are willing to lose their seat for the good of the nation’s future will help us get out of the sand of deception, denial and discouragement.  Remember, women are coming into the line of power sight.  She’s in full view by 2024 and will be very important to turn things around.  Get educated, think, question and do not take what you are told at face value.  Discernment is essential.  Placating the masses as has been done by the politicians will not work.  This force is here and growing and will run over many of those who stay in denial.