With the most recent news concentrating heavily on Facebook and the social media world, I thought it 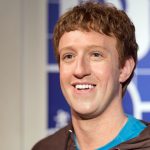 time to look at the eye of the storm of it all, Mark Zuckerberg and his creation Facebook.  He has an interesting chart.  Currently, things having to do with social media and other areas of high tech will begin to slow down once Uranus moves into Taurus in May.  The ending of Uranus in Aries where it has been for the last seven years indicates less emphasis on me, me, I, I and selfies etc.  We will have time to look over our creation of social media and its ramifications in our lives.  Currently, Mark Zuckerberg is in the hot seat.   All social media will be looked at with privacy concerns.  Let’s look at his blueprint to understand his life path, destiny and more.

Mark  Elliot Zuckerberg was born outside of New York City on May 14, 1984.  This puts him squarely in the millennial generation.  He is one of 80 million strong.  His life path is the number 5, the agent of change.  No matter the outcome of FCC or Congressional hearings, you have not heard the last of Zuckerberg.  He became successful at a young age (he will be 34 and number 5 life paths don’t really get going until their 50’s), so he will either get involved in politics and/or create advances in new technology.  Whatever he does, he will change some part of our society and he will keep doing it.  He is the consummate catalyst for societies’ changes as you have seen with his first creation Facebook.  My feeling is that there is a growing backlash against hi-tech but that won’t stop him from creating a new idea from some of the information that comes to him.  He is extremely analytical and will continue to see where there are gaps in the tech world.

Taking a look at the rest of his blueprint, you will see he is not missing any numbers in his birth name.  He didn’t have to come here to balance out a particular karmic condition.  He did, however, come here on some type of assignment that has a destiny of helping people think and help them get unstuck.    It is not surprising at all that he wants to travel the world and try to understand its cultures.    His destiny number is the number 7.  (The destiny number is derived from his entire name and what number it totals to).     He has a strong dislike of the superficial and is surprised by the lack of understanding and depth of the masses.  He is somewhat of a perfectionist and can be critical of others.  Seven destiny people tend to keep their thoughts to themselves.  He is also very aware of other people’s vibrations and he is very insightful into the veiled mysteries of life.  His approach is detached with almost a surgical approach to problems.  Mark needs regular meditation and contemplation to restore himself.  Because of these finer skills, he makes a good inventor as well as an excellent teacher.

His personality number is the number 9, a finishing number.    He must learn to let go.  The number nine personality (derived from the consonants in his full birth name) is the number of charisma and detachment.  There is a genuine concern for humanity but in a detached way.  This placement presents a person who will always look younger than their true age.  People are drawn to this personality or are repelled by it.  There is almost an aristocratic bearing to this number and you find many people in the theater who have this personality number.  One thing for sure, people can be very jealous of him.  They might even seek to belittle him.  Nine personalities can appear aloof and arrogant but that is hardly the case.  He actually has a great compassion for humanity.  He needs to work on a grand scale and the problems of many rather a one-on-one situation.  He presents himself as calm and controlled but underneath he is very sensitive, vulnerable and emotional.

There is, however, an even deeper side to him and that is his soul number 7 (derived from the vowels of his name).  This is the heart and soul of where he comes from or what motivates him. (the vowels of his name)  Here, he is the loner, the thinker, the teacher.  He needs time alone in nature and time to process all of what is going on.  He likes to question and think things through.  Time in nature is essential for his emotional well being.  Actually, we all need time alone in nature.  We just don’t realize it.  The 7 soul number of Mark gives him the brains and the ability to question what others might be saying.  Never lie to him, he will see right through it and he picks up vibrations from others, even in the clothes they wear.

He is born on a 5 day, the number 14.  Number 14 is a karmic debt number.  He loves his freedom, is highly social and can get restless.  He must NOT take any physical risks with his body in this lifetimes–like riding motorcycles, bungee jumping, illicit drugs.  It can trigger overconfidence and headstrong qualities but it gives a lucky streak to his life. Underneath an exterior of calmness and coolness is much emotional turbulence.  The key to his success is balance.  This is especially true of his 5 life path which is in constant change.  People with 5 life paths live many lives in one.  This is usually due to prior lives where they had little freedom and little change.  People with 14 day birthdays possess a quick analytical mind but have to be careful not to become erratic.  Mark has committed to a wife and family and a huge project called Facebook.  This has helped him stay grounded.

An underlying wound of his life is learning to trust.  Somehow, as a young boy, he was betrayed or let down by one or both parents.  He made a decision very early that he wouldn’t lean on anyone.  This decision has really showed up in his life around the trust issue.  He doesn’t trust that easily and feels he can do a better job himself.  Fortunately, he seems to have married very well to someone who he trusts and can surrender his deepest fears to.  But trust remains the challenge for him.  He has to learn to lean on people so they believe he trusts them.

His energy levels are strong and he has lots of fixed signs in his chart.  He doesn’t easily change his mind.  He looks very innocent but I would not want to meet him in battle.  He will be left standing when the smoke clears.  His costume, the simple tee-shirt and very short hair cut is deceiving.  It gives him the boyish look but also the look of a deer in the headlights.  Don’t believe it.  He is a 5 life path.  They literally can re-invent themselves at will.  They can speak anyone’s language.  Terrific sales people.  Mark is on his assignment.  He brought us a way to connect around the world.  This is not his last project.  There will be more.  Just stay tuned.  I believe that Facebook will eventually have to come under new management to save itself and grow.  Will he go along with this?  He may be forced to.

Mark also has the first vowel in his first name of the letter “a”.  This signifies an extremely hard worker.  The first vowel of the first name always indicates the hardest working vowel of all the vowels.  Always look at the first vowel of a person’s name to see what and how they operate in the world.  If he is forced out of Facebook or its makes sense to place him in another position, he will move on to other parts of the amusement park called planet earth.  His greatest years begin at age 50.  You may see him governing or guiding some part of our political/governmental system.  He is just getting going.

2 responses to “Mark Zuckerberg–Agent of Change”