Let’s Remember to Laugh and Dance to Love

What a crazy funny week this has been. I have to laugh at the nuttiness of it all. Just when you think 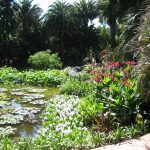 the world can’t get worse in the news or social media or any media, you remember a few basic tenets of our current life. This all will pass away. All of us will someday too. So, it behooves us to think on the things that are beautiful, wonderful and kind. The news will just always be negative because that is what sells and people like to be scared or angry or right. The news is plastered with the ending of this phase of Afghanistan’s evolution. It is plastered with covid counts. Gosh, I can’t read them any more. It’s plastered with shootings, car accidents, droughts, excessive heat, floods and other “acts of God”. How about inflation, lack of housing, homeless souls and religious zealots. It goes on and on, day in and day out. There is maybe a good news article squeezed in there somewhere but for the most part, it is pretty grim.

I thought I would mention a few good things that happened to me this week that will never get in print. They happen to you, too, but they don’t get in print either. We must learn to focus on these important simple acts of kindness, beauty and wonder. We hunger for our true connection to all that is calm and wise. Even in the most ugly patch of broken road or sidewalk, you can see just the shoots of new greens growing out of the cracks towards the sunshine. Even in the worst dry neighborhoods, there are plants trying to grow back to life. Life will keep going on and to help comfort ourselves, we look for the profound in the strangest of places.

This week of funny and kind started off in Trader Joe’s. For those of you who have not experienced Trader Joe’s, it is nationwide grocery store of medium size with happy workers dressed in south sea attire as if they were on a boat. They ring a ship bell when they need assistance. It is not a Union shop and that makes a difference. People love shopping in Trader Joe’s because they buy from around the world and provide value for the money. Plus, when Covid isn’t around they give out free coffee and some type of treat. The store on LA Brea Ave. in Los Angeles quietly greets a few homeless people and gives them coffee and a treat prior to the store becoming busy. Some of these homeless used to be customers.

I went to a different Trader Joe’s in the valley. My checkout person, a nice young woman, asked me what I was doing this weekend. I told her I was still arranging the house from moving in a few months ago so I could be closer to oversee where my brain-damaged husband was being cared for. She asked me how I liked the area. I told here it was too hot, the San Fernando Valley, where every day was 95 degrees or worse. I wasn’t used to it but was adjusting. She turned to a woman at the next counter and had a hush silence between the two. I paid for the groceries, put back on my sunglasses, mask and began to walk out. The next thing, she puts a lovely bouquet of flowers in my cart, cuts off the bar code and says that “these are for you for this weekend”. I was speechless, tried to thank her, left the store and sat in my car and cried.” A complete stranger. I was overwhelmed with her kindness. It was a huge reminder of the love and kindness that we humans are capable of.

I also am getting acquainted with WalMart. I never shop there as there isn’t a WalMart in the City so I never shopped in one. Still here I was in Walmart, pretty much overwhelmed by the size of it and the different strands of humanity. I began to search for a product that helps with ringing in your ears and I just couldn’t find it. After going back and forth, I stopped and asked one of the clerks if she knew of this product and she whips the box out of her jacket pocket and tells me, “I have been carrying this product in my pocket since yesterday. It is the last one we have and gave it to me”. She said, it must have been waiting for you. I laughed and then was stunned at this coincidence.

Another funny but human-interest encounter was with a Russian gentleman who called while I was driving the car. His accent was quite strong and I thought he was asking me if I wanted to sell my house. If you live in Los Angeles right now and probably most cities in the US, you are bombarded by phone calls from real estate agents who want to list your house. So he tells me he wants to talk about a house. I keep telling him it isn’t for sale and not to call me. He says, again in the heavy accent, I don’t want your house. I answered then why are you calling me? We both finally figured out what was going on. He wanted me to do numbers for a house he wants to buy in New Jersey. I was really embarrassed. He was kind and said they get bombarded too in Florida where he is living. He wants to move back to the NYC area. We did the session two days later and he, fortunately, did not make the offer on a house he thought he wanted. He was so discouraged, he was going to make an offer sight unseen. I told him at the end I was so glad nobody hung up on each other during the car conversation. We both laughed our heads off.

Another funny one this week was a call with a man from Ghana. He was calling trying to get a session on his life purpose. He lives in Ohio. I suggested he call back later in the day which he did. He was very polite, but his accent was so heavy, I missed many of the words. We decided to talk again late in the day. Now he calls back and for some reason my iPhone jumped from voice to hearing-impaired mode. We both kept saying hello but neither of us could talk. I have no idea how this happened. He must have called 10 times. I frantically went to settings to turn this off but, this selection, wasn’t on. I went to google the problem and did exactly what it said but nothing happened. Finally, he calls a few more times and sure enough it answered by itself as if nothing happened. We laughed hysterically at this comical situation. Between the hearing-impaired mode to the heavy accent, it was one of the funniest conversations with a client. We were laughing so hard at the end. I told him about the Russian man who I thought wanted to buy my house. We laughed some more and I have never met these men and probably, as with most clients, I never will. Tomorrow night I will be speaking to Australia so I will get that news of the world.

It really takes you out of yourself when you can laugh at the absurd things that happen all the time. It helps a great deal to turn off the news. What can you do about it? Look at the things in your life that beg for your attention. Keep seeing the lovely trees above the air conditioning units. Help the stranger. Watch what you give your attention to. All of these are part of our human evolution. Believe it or not we are evolving and women are in the wings with their power. 2024 is not that far away. We just must manage ourselves between now and the next few years. Don’t take yourself so seriously. A dear friend who survived the camps during the holocaust told me she keeps her phone number unlisted so God can’t call her. She has said that the greatest quality in her is love and what she wants everyone to know is that the most important thing in life is love.

Tagged: Focus on the good and kind, how to have good mental health, stop reading the negative news
4 Comments