I have received more mail on Jeff Sessions and now Robert Mueller so I thought you might like to know more about these two men.  When I did their blueprints, my thinking was confirmed by the display of behavior by each of them.

Let’s start with Jeff Sessions, born as Jefferson Beauregard Sessions III.   He has an 11/2 Life 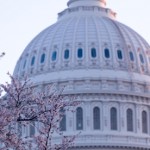 Path, a number 5 personality, a number 6 soul number and another number 11 destiny.  Remember, when figuring a name, we do not use earth placements such as the III or the IV etc.  The only placement used is Junior or Jr.  The interesting note on both men is that they are both the III.   Jeff’s birthday is 12/24/1946, born Christmas Eve and at the end of a year.  This would mean that a new numerological year for him doesn’t feel its power until late in the year.

Jeff is missing the number 8 in his chart.  This is the number of power, authority and ambition.  Having it missing would cast him early in life as a stubborn know-it-all with a dislike of authority.  Some outgrow this trait, others do not.  Having a Soul number 6 would give him the inner urge to help and feel he knows what is best for others.  It can also lead to righteousness when in the extreme.  It is the number of law and justice so I am not surprised he went into that profession.  It is also true that a life path of the number 11 can also lead to the law profession such as Barack Obama and Bill Clinton with the same life paths.  The irony is that Jeff Sessions, Bill Clinton, Ronald Reagan and Barack Obama have the same life paths.  It is intended to be the peacekeeper the compromiser, the diplomat, the light worker and the person who sees both sides of an issue.  Many people who have this life path, ignore the higher road of the 11 and then sink into the lower level of the number 2.  Here you would see the timid person, somewhat indecisive and a doormat.

Jeff definitely has some issues in this chart.  He has eight number 1’s in his name.  That is a huge amount of past life experience being independent and doing what he wants to do.  He also has the 5 personality which can make him a good sales person or promoter.  Being born on a 24 day gives him more energy of the number 6.  This number is the most common number of those in the political arena.  That form of the number 6 or any form of the number 6 believes they know what is best for others.

What is Jeff’s dark side?  He has several past lives in a military position.  He is coming back into this life as if he is a general or high ranking officer.  He is a sun in Capricorn person which goes hand in glove with the military.  In his own way, he will behave as if he is directing his troops.  In fact, in his early days in the court room he showed up as the prosecutor in his military uniform.  The judge sent him home to change as it could prejudice the jury.  He was also born 71 years ago in a small town in Alabama and was raised in the heart of segregation.  He has never lived outside the state.  His entire schooling was in white segregated schools in Alabama and if you read his background, civil rights is not his strong suit.  As a senator he opposed the Lilly Ledbetter Fair Pay Act, geared towards equitable wages for women, and the Matthew Shepard and James Byrd Jr. Hate Crimes Prevention Act.     Reagan also nominated Sessions for a judge’s seat in the U.S. District Court in 1986, but his political rise was thwarted during hearings held by a bipartisan Senate Judiciary Committee due to his prior racist remarks.  His nomination was rejected.

He also has a moon in Capricorn.  This can give him a dry wit but also a very thin skin.  To the extreme, it results in a chip on the shoulder.  If you scratch the surface of Jeff with his mother, you could find that it might not have been a loving relationship.  Somehow, she couldn’t love him the way he needed or he could have felt rejected.  I am not sure which it was but it resulted in his thin skin where he takes everything personally.   He also can have the ability to use people.  Meaning, developing a friendship based on how you can be useful to him.

He was named after a confederate general, Jefferson Beauregard. He was always extremely tough on drugs and wanted the highest possible sentence meted out to the defendants.  “If I were attorney general,” he told the Mobile Register two decades ago, “the first thing I’d do is see if I couldn’t increase prosecutions by 50 percent.”

Underneath all this is the childhood wound.  He doesn’t think he is very lovable.  That’s a hard one.  If you don’t think you are lovable, how would you act?  He doesn’t act very lovable.  He is behaving very much against the highest inspiration of the number 11 life path and number 11 destiny.  His chart has a take-no-prisoner type of energy.  There is no doubt in my mind that he would seek revenge and definitely do what it takes to win.  I wouldn’t put anything past this man to get what he wants.    He really does want longer prison terms, harsher penalties and literally went down to the Mexican border for a photo opportunity wearing his gun and holster.

He teamed up officially with Trump in his 9th personal year so I am questioning how long he will stay with him.    He is in a number 5 pinnacle (time frame environment) so he wants freedom and change.  He thrives in it.  Beginning in December 2017 he begins a very challenging transit that could affect him physically and emotionally.  It will last three years.  I don’t rule out that he won’t last.  Perhaps he’ll have a conversion and see the light–literally–but I don’t think so.  It’s a shame really, the 11 destiny and 11 Life Path is all about shedding light and cooperation.

Robert Swan Mueller III was born on August 7, 1944 with a sun in Leo, a fire sign.  He also has a master number for a Life Path, the number 33/6.  Again, we see the number 6 showing up in politicians and government leaders.  Six rules law, order and justice.  The higher aspect of the number 6, the 33, takes this energy and raises it to the level of service and protection.  It almost never acts in a destructive manner.  Those holding the number 33/6 choose the law as a way to protect others through justice.  There is usually an element of sacrifice attached to the number 33.  It could mean he would sacrifice his own desires for the needs of others to fulfill his Life Path number.

Mueller is missing the numbers 8 and 7 in his name so he, too, has that ambitious streak.  His last pinnacle in his time frame for this lifetime is also an 8.  (Pinnacles are long period of time and are ruled by certain numbers that set up an environment for the individual).  In Robert Mueller’s chart, his greatest success was always going to be in the second half of his life.

Muller’s personality number is also 5 like Sessions.  He is a good talker and can market himself well.  His Soul number (from his vowels) is number 7.  Here you find the missing 7 of his name being assisted by the Soul number 7.  Deep in his heart, he is the thinker, the loner.  His destiny number is the number 3, the creative joyful destiny.  He is striving to become creative and joyful.  Three destiny people are usually very pleasant.   He is also born on a 7 day which also helps replace the missing 7 of his name.  He is smart, very discerning and an incredible debater.  He loves work and particularly work that has to analyze and figure things out.  People offer Mueller jobs out of nowhere because they know he can handle anything.  He also knows how to delegate so he doesn’t burn out.  He is in an excellent position for his latest job of investigation of the Russian influence.  He will not stop until he gets to the bottom of it.  It may take a few years but that is okay for him.  He knows how to discern and analyze the situation to the truth of the matter.  Remember, 7 is the ability to see and hear the unsaid.  They are very good at picking up vibrations.

Mueller has a moon in Pisces so he picks up stuff intuitively.  I think the country is in excellent hands during this investigation with Mueller at the head.  Don’t be surprised if others try to get rid of him.  They know once he gets on the trail, he follows the scent.  He has had a rough last few years but that will clear up in his chart by the end of this year.  He is very tired right now and is in his number 7 year.  His power takes off next year at the beginning of the year.  He will keep a low profile the rest of this year but will be more in the limelight in 2018.

What is his wound?  Believe it or not, he never thought he was very smart.  His parents did not support his competency as a child or his siblings undermined him when he was young.  He has spent his life developing his competency and proving them wrong.  This is usually done subconsciously.  Mueller’s chart is not vindictive.  In fact, he would give you a ride home if you needed it.

Both of these men are Republicans.