Dignity and Grace in the Face of Your Fears

Sometimes it makes one feel weary from all the commotion and change going on in the world.  I speak with many people and there seems to be a standard theme of weariness from the drumbeat of today’s society.  The great uncertainty perpetuated by the media, the geopolitical situation, hacking, privacy, economic distress, financial distress, complications involving more of your time, energy and money, underemployment, no employment, corruption on diverse levels, exposure, deadly new diseases, deadly old diseases and then there is your own relevancy in the world.  This is just for starters.  It makes one want to pull up the covers or just take to the hills.

There is so much fear going around that it looks somewhat like a common cold.  Everybody catches one sooner or later. 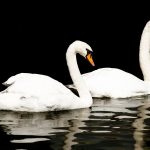 Dignity and Grace in Movement

Fear itself is the old teaching tool of the dying Piscean Age.  This was the Age ushered in around 2,200 years ago and brought with it the major religious teachings we have today.  The tool of fear is an effective way to keep people under management and control.  It has a more collective ring to it.  Most of our current problems both individually and collectively derive from fear-based habits and behavior.  Certainly it bred exclusion.  Groups were formed for protection as well as community.  The aftermath, as we move forward into breaking up of this Age and moving into the Aquarian Age, results in religious warfare, politics using religion as a tool for law making and breaking, (Hobby Lobby case won at the Supreme Court), abortion laws being overturned in state legislatures, requiring females to wear strict dress codes and a long list of rules requiring conformity.  In the end, we all die with or without religions, we all live on planet earth a relatively short time and we waste our energy, time and money acting and reacting in ways that don’t support ourselves.

Enter dignity and grace of the human spirit.  I notice so much indignation from individuals.  Indignant about really petty problems.  False indignation and righteousness shown by our politicians is farcical.  They insult their constituents but then too many constituents are asleep at the switch anyway.  Have they just bought the Kool Aid or are they still living in the old Piscean Age of fear, guilt and suffering?  Where is the dignity?  Where is the grace?  Last but not least, where is greatness?  Dignity and grace are so critical to our lives and yet we rarely aim to develop and demonstrate them.  It is as if the loudest shout in the room gets the most attention.  I don’t notice any 7 steps to highly effective people or 12 steps to prosperity mentioning much about developing dignity and grace.  Who talks of others having great “dignity”?  Dignity and graciousness cross all economic strata.  You don’t have to have money or success to be dignified and gracious.