This is a very significant candidate for the Supreme Court.  On the face of it, it would appear the perfect 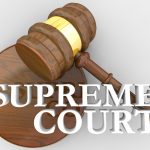 Republican choice.  He was born in Washington, D.C. and really never made it any further than working in Washington, D.C.  In that regard he is definitely living up to his number 4 destiny number of tradition and order.  However, when you look more deeply into his chart, this is a candidate who, after more seasoning on the court, could become the swing voter that prior Justice Kennedy was.  I know the Federalist Society chose him and Trump loves him but his birth chart shows that this man will go through much change going forward and will become more open to the suffering of the human condition.

Sounds odd doesn’t it? His religion, as is the majority on the court, is Catholic.  With that in mind, you would think he would be anti-abortion.  I am sure he is but how he votes could be very different.  Extreme vetting is not really going anywhere as you will never know really how he will vote when in the Chamber.

His birth name is Brett Michael Kavanaugh.  He was born February 12, 1965 so he is an Aquarian and born with  Mercury and  Venus both in the sign of Aquarius.  In that respect, he works in the future and through the mind.  His moon is in Cancer so he is a great listener, sentimental, a feeling person who is rooted in habits from the past.  He can be very attached to the old ways.  You will, therefore, see him travel to the future and yet stay stuck in the past.  In that respect he could delay his growth by looking backwards.  Over time, though, he will move towards the future. That is one reason why I think he will become the swing vote for the court.

His life path and Soul number are both the number 8.  A prior lifetime is being lived over again.  He has taken an old blueprint and is reusing it.  This means he has to double down on this number.  The big 8 represents power, authority and an understanding of how the material world works.  It has to lead.  It really never can follow and I wouldn’t be surprised if, one day, he became the Chief Justice.  As hard as that is to believe.  Now people who repeat an old program can have a very difficult time learning the lesson of the number 8.  He will tread the dangerous ground of where power lies.  Power can also corrupt.  He has to watch out he doesn’t become too self-important, arrogant or domineering thinking that his way is the only way.  I do think there is enough other energy is his chart to help balance him out but he has to be very careful.

His missing number is the number 6.  This is all about commitment and responsibility.  It also has to do with family and service.  With it missing from his chart, he has to be willing to do what others have not.  He must learn to establish sincere relationships and not to stay so heavily guarded.  He can say the right words, looks good and all but he stays heavily guarded and it can make bonds superficial.  He must learn to establish sincere relationships and even sacrifice for that relationship.  In short, he has to let his guard down.  People sense this about him and it can lend itself to loneliness without understanding why.

His personality number is the number 5, the number of freedom and change.  He can’t stand boredom so it will be interesting  how he handles himself.  Having a 5 personality and a traditional number 4 as a destiny is very challenging and I am sure he is at odds with himself quite regularly.    A key to his chart is that he has the number 5 pinnacle.  A pinnacle is a time zone one is placed in.  One has to work, live and die in the energy of that pinnacle.  In Kavanaugh’s chart, he is in a number 5 pinnacle.  This is the time of constant change with a greater need for freedom and expansion.   There is more adventure in a 5 pinnacle and it will teach him what true freedom is, unconditional love.  He will learn to know unconditional love if only indirectly.  This number 5 pinnacle will last his entire life and as he gets older, it will only get stronger.   It can be a highly spiritual path.  It all depends if he chooses to take the higher road.

He does understand the suffering of the human condition.  I do think he had a lonely childhood.  He was definitely cared for well and his physical and intellectual needs were met but his emotional needs were not.  From this he learned how humans suffer.  Deep down he is a very sentimental and sensitive man.  Appeal to his feelings to reach this man.  As a true Aquarian, he lives much in his head and can be very detached but deep down his has a very strong emotional side.  What he doesn’t have is fire energy.  He doesn’t fire himself up at all.  He works, then works some more.  He loves work.  He is extremely observant and doesn’t miss much.  He also likes being a fine dresser.  In approaching him, dress well and look good.  He loves beautiful things and quality items.  No cheap, shoddy goods.

I think in the beginning you will probably see him vote with a conservative viewpoint.  It will change over time and my guess is, he will become more moderate the longer he stays on the court.  You will see him change his ideas and decisions based more on the emotions of a situation, the fairness of the situation and the spirit of the law as much as the practice of the law.  Stay tuned.