The Ongoing Exposure of Male Harassment of Women

I have been repeating for a least 20 years that woman would begin their visible presence when we reached the year 2,000 and 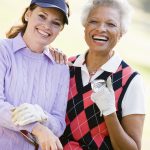 we begin to work with the feminine energy of the number two.  You are watching it slowly show up and have been made more aware with each passing year.  Remember we have only been working with the first 17 years and the entire 2,000 year period lasts 1,000 years.

Currently, we are dealing with the “harassment factor”, otherwise known as men behaving badly.  This has spread outside the United States and more countries are announcing headlines pertaining to the same subject.  For those countries where women have had little or no rights, you are gradually seeing a change as well.  Even severely repressed Saudi Arabia is saying that women will now be allowed to drive in 2018.  There is more to come and exposure will continue because almost all women have been sexually harassed or demeaned in their lifetimes.  For those men who would never dream of doing this to women, they know because they have heard others do it and most have remained silent.

We should realize that there is always a larger picture being painted.  We are evolving at all times, it just looks impossible to comprehend with ongoing wars, human suffering and a general disrespect of the earth itself.   We cannot, however, evolve very well if half the population is marginalized, invisible, powerless and without privilege.  Many beliefs and customs are dying out and they cannot be reincarnated as they have lived their life expectancy.  We are watching them fade away and it can seem as if it is taking forever.  We continue forward, evolving and changing into more enlightened, educated, aware and relevant humans.

As a new age is being birthed, there is struggle just as in any human birth.  The old male guard in the world of government, politics, finance, business, entertainment and religion are in “old age” so to speak.  They haven’t left the scene yet but they are definitely becoming more funeral-like.  One of the easiest targets to start with is the entertainment industry.  It is highly visible and can demonstrate swift action by the networks and sponsors.  Puff!  They are gone with punishment and shame.  Not so yet in the world of politics and government.  Here we rationalize.  We need the vote so let’s give the guilty a pass.

This visibility of women speaking out and up will get stronger.  She will prepare and run for office and be willing to take the heat of the kitchen of a campaign.  When her moment of bigger power begins in 2024, she will be ready and willing to help govern and lead our halls of power.  It is essential that women develop the confidence and abilities to lead over the next 7 years.  Women will set the example of being able to work with others as the benefits are such big payoffs.  Women as they age into their middle years experience lower levels of estrogen which enable them to rely more on their take-action testosterone levels.  Middle aged women are a force to be reckoned with and men usually harass them less than the younger estrogen heavy younger women.

Remember, no matter how awful some of the political comments are today, such as grabbing women’s female genitals, this breed of men is part of an old order that is hovering around the cemetery.  As the Piscean Age ends and with it the customs of that age, mainly a ruling power of fear, religions and a strong patriarchal society, we have this transition period.  It is not fun but we don’t stay here.  We continue to move on.  Some people advance faster, others slowly but we all move forward as we are part of the one source.   The future is good but we must go through this painful growth period.  People will hang on to the old and become embittered that their world is changing.  That is to be expected.  There is nothing, however, that can stop an idea whose time has come.  The Aquarian Age will be with us 2,200 years.  Women rise in power over the next 1,000 years with a concentrated launch from 2024 to 2044.  They will have to do a great deal of clean up work from 2020’s through 2030.  America is in for some very advanced lessons.   She will have to learn these before she can claim her true place in the world.

7 responses to “The Ongoing Exposure of Male Harassment of Women”