America is Losing Its Happy Face

I remember umpteen years ago the beginning of the yellow happy faces. They were everywhere and still are.  Walmart uses it 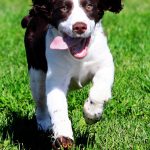 or did as its messaging board.  Happy faces are placed after signatures, bills, graded papers and just about everything.  But, there is a darker side to the happy faces, America is losing its happiness.  Countries are ranked in their happiness quotient and America keeps falling in the category of happiness.  We also keep losing in the life expectancy area.  In the last three years we have dropped in life expectancy.  Cheerful thought!

Little Finland, which has the population of about 5.5 million (and 75% the size of California) is the winner for first place.  Followed behind are Denmark, Norway, Sweden etc.  America ranks 19th.  Finland has won this first place for the last 2 years and is now exporting its experts across the Atlantic to help America get some quick fixes for its problems.  Good luck!  The key reasons that these fixes don’t take root in the US is because Finland has a different mindset about success–theirs is based on equity and community.  In America, happiness and success are perceived as “individual pursuits”, even competitive ones.  Finland sees success as a team sport.

Jorma Ollila, former CEO of the Finnish technology company, Nokia, wrote that the Finnish education system is a microcosm of the differences between the US and Finland.  More than 90% of the teachers report being satisfied with their jobs according to the OCED.  Teachers are rigorously trained and highly respected.  Only 1 in 10 make it into a master’s program in education.  Once teachers are certified, they are given a great deal of autonomy in lesson planning and running their classes.  Students take only one standardized test at the end of their secondary education, the National Matriculation Examination.  Granting schools more autonomy over the curriculum leads to not only happier teachers, but also better student scores.  Finland’s education system works because its ethos is not one of the individual teacher accountability or comparison between schools, but one of equity, community and shared success.

Here’s the kicker, the educational success doesn’t necessarily correlate with wealth.  While Finns are not struggling financially, its GDP is lower than other Nordic countries and much lower than that of the US, the difference is, in the words of Meik Wiking of the Happiness Research Institute in Denmark, “the Finns are good at converting wealth into well-being.”

The more equal a society is, the happier its citizens are.  Ollila goes on to say that it is well documented that as income inequality rises, a country’s overall well-being goes down.  Finland is ranked among the most equal of all the 36 OECD countries.    This underpins not just the Finnish education systems but it helps support overall high levels of trust in the country.  Here is another kicker “Finns trust one another and, perhaps more impressively, they trust their government to support all vulnerable citizens.  Finland spends 31% of its GDP on its welfare state, the 2nd highest among the OECD.  Finns pay high taxes but there is a transparency to this system.  Each year the government makes public the tax data of ALL its citizens and corporations on what has come to be called the National Envy Day.  In Finland, most would be shamed if caught not paying their fair share.  For instance, the CEO of Super Cell, a major mobile games company, said in 2014 “we’ve received a lot of help from society, and now it is our turn to pay back.”

Are we on the same planet?  What is the takeaway from Finland?  Is it that success isn’t about individual wealth, power or prestige?  Their belief is that a country is successful when it meets the needs of its citizens and creates the conditions for people and communities to meet their full potential.  It’s an interesting attitude that underpins its success.

Here in the stadium seats looking at the scene below, the irony now in America is hide those tax returns, the extreme wealthy are now saying they should be taxed more heavily–this was written up this week in several dailies including the Wall St. Journal.  As we continue to increase the inequality of income in this country, we can expect more conflict.  Just read history to know the story.  How about a tax write off for paying money to a bogus charity to get your child in a prestigious college?

Our current planetary transits moving through the heavens favors government and corporations but it will not stay that way.  The worm starts turning January, 2021 and moves more and more to the citizens as we go deeper into the 2020’s.  Nothing stays the same and our past is not prologue.  Perhaps, we can ponder Finland in first place and America in 19th.  What can we learn?

13 responses to “America is Losing Its Happy Face”