President Mike Pence–Could it be possible?

As we continue on down the post election road, the new cabinet candidates are waiting in the wings.  We’ve seen a few of the waiting workers and those who will surround President Elect Trump as he puts together his team.  From what we have seen so far, rather than drain the swamp, he is adding to it.  Nearly all of his choices are Wall Street connected, existing members of Congress or large donors to his campaign.  Nothing new here, just a different party.  Many of those submitted are Tea Party members.  Regarding getting rid of lobbyists, those who are existing lobbyists can just de-register as lobbyists, cross over the street and become a consultant. 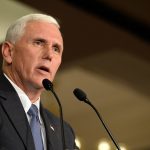 managers will direct America’s financial rules and regulations.  The candidate nominated for the Health Care cabinet position, Tom Price, wants to dismantle Medicare and Medicaid as well as Obama Care.  Trump is considering Ben Carson, the physician presidential candidate, as the head of Housing and Urban Development.  Is this a joke?

Enter Mike Pence.  I think we need to take a look at his birth chart and learn more about this Patrician looking gentleman.  Could he be the Presidential candidate waiting in the wings.  Who is he?  Why does he look so presidential?  He certainly makes Trump look good and provides a calm, dignified, presidential appearance.  He presents well and where Trump loves to motivate and excite with little interest in providing a practical blueprint for solving problems, people deem what Mike says as wise.  Trump’s astrological chart with his Uranus and Sun both in Gemini presents a man who is a perpetual motion machine and can appear mentally unhinged and unbalanced.  Pence is persistent, knowledgeable and has years in grade in the political world where he could observe and manage political situations.

Mike Pence is a number 1 life path.  The innovator and the leader.  He really wants to be number one.  Incidentally, this is the same life path as Dick Cheney who acted throughout George Bush’s presidency as the step-president.  (Bush, however, was much younger than Trump.)  Pence also has a number 8 Soul number.  No doubt, this man wants to lead and is capable of doing so.  He wants to be the boss.  He has had many past lives where he was called upon to lead.  He has an 11/2 destiny which can make him inspirational with abilities to charm people.  Not in the way of Trump but in a more deliberate, measured manner.  The number 11 is the peace keeper so he will do his best to keep the peace.  Did you notice how he handled himself at the Broadway show Hamilton when he was boo’d?  Have you notice how he handled himself during the campaign?

Like Trump, he is a Gemini.  They are kindred souls in that respect but where they differ is huge.  Trump has the moon in Sagittarius which opposes his sun.  In many respects, Trump is at war with himself.  To top it off, the unexpected Uranus in Gemini sitting on his sun and opposing his moon makes him appear all over the place with ideas and tweets.  I honestly think he was somewhat shocked at his winning the election.  Due to his Cancer planets in his birth chart, family is extremely important to him.  If anything puts them at physical risk–which is real–he could feel down the road it is not all worth it.  It all depends how it begins to shape up once he actually begins leading the nation.

Do you notice that Pence sits in on almost all of Trump’s political meetings?  He is guiding Trump and suggesting candidates

for him to place in positions of influence.  Pence knows Washington well.  He was a Congressman before he was a governor of Indiana.  Pence, however, is missing the number 6 and he has had to learn to give and take and be patient.  It was not easy for him but certainly he has it.  He also has a very stubborn, persistent and ruthless side.  He is determined to get through changes he favors.  No doubt he is the engine behind Trump’s recommendations.

Could he possibly become our president?  Yes, it is possible.  I can’t say it is probable but this presidential candidate and the conditions are very unstable.  There are many unintended consequences that will arise out of decisions that are being made now.  Only time will show us and we need to let the situation unfold.  There are Congressional elections in two years and another Presidential election in 4 years.  These are very short windows of time.  If it looks as if Trump is not doing well, he could step down and allow Mike Pence to run in four years.  Anything can happen and we shouldn’t be surprised.  These are tumultuous times for the United States.  Pluto in Capricorn continues to destroy old models in almost all areas.  We have disruption across society and the general population is making less money and has more stress.  The more we try to work with old paradigms including trickle down tax breaks, the bigger price to be paid down the road.  Remember, Pluto is grinding through America’s chart for 8 more years.  We’ll get the “great” leader in 2024.  Greatness in our leadership choices has been put to sleep.  We have fake news from our leaders and followers of Atlas Shrugged and Ayn Rand trying to lead the nation.

Mike Pence could look really good in a few years.  He is extremely right wing, an Evangelical Christian who voted against abortion and in favor of the Religious Freedom Information Act.  He signed the law in Indiana but was forced to rescind it due to the Supreme Court decision.  (The Religious Freedom of Information Act designated that one didn’t have to serve married gays if their religion didn’t believe in it).

America has enough checks and balances going for it so I am not too concerned about moving forward.  We will have to give Trump a chance but remember Mike Pence is always a heart beat away.

14 responses to “President Mike Pence–Could it be possible?”