We are told to live in the now and focus on what is going on today.  Tomorrow is a possibility and the past is gone.  That is all true 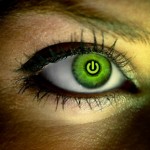 but there are unseen forces that govern the rules of change and ancient mathematicians of feng shui discovered ways to plan and predict the changes ahead of the times.  In looking at these changes, we can understand that every 20 years there is a major change to the energies we are working with.  Our current 20 year period (called the Jupiter period in the I Ching) began in 2004 and lasts until 2024.  It is called the Ken period and is represented by a mountain.  It doesn’t move and is a solid period.  It is also a period of being mindful of all actions taking place.  It doesn’t move unless it is solid, real, authentic, ethical and has the ability to last.  There cannot be superficial changes.

The Ken period is always looking towards the future and it will bring stagnation, obstruction and endings to superficial behavior, structure and programs.  As you can see during this period, we have had much stagnation and obstruction because much of what is being presented is superficial and not long lasting.  It is not genuine, authentic or sincere.  Situations that are harsh and punishing can get worse before they finally come to a halt.  Nothing gets accomplished unless it has this quality of authenticity.  No superficial behavior.  This is one reason why the political and corporate combination is stuck.  We have almost another 10 years to get real and create long-lasting systems.

It all seems so permanent but it is not.  We are already preparing for the next I Ching period which begins in 2024 and lasts until 2044.  As hard as it is to believe, its focus is on middle-aged women.  We are lining them up now and inching their way into power.  The older white male’s period was from 1964 until 1984.  They can feel marginalized as they begin to move from center stage.  They really were necessary to rebuilt the country after WWII.  We needed a strong male presence to get everything strong and built.  So they did.  It was a strong patriarchal description and inched its way into the picture beginning in 1944-1964.  We cannot see the power of the middle-aged woman yet but she is now inching her way to the key positions in our society.

This is very important that we be able to appreciate that change is constantly at work and that there is a rhythm to it.  Human trends evolve alongside these big Jupiter periods.  Until we are willing to stop accepting unethical behavior from our leaders, we will remain stagnant.  It will feel like pure obstructionism but we cannot budge in this Ken period under unethical standards.  This trait is across all platforms, business, social media, politics, government, business, entitlement programs, unions, medicine, education and so on.

What will it be like with middle-aged women in power?  Very different.  Pay attention to what is going on as a larger observer.  What is stuck, falling apart and used up.  Middle-aged women’s time is about to be.  Plan, prepare and assess.  We will see female presidents during this period.  The same goes for heads of large corporations.  Much of the young male Silicon Valley entrepreneurs will have to move over for the female rise in power.  It seems unreal but wait and see.