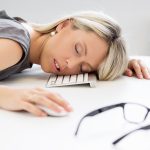 lies beneath America’s successful facade of wealth, power and control.  Yes, we are successful but we use 75% of the world’s anti-depression medication.  Since the late 90’s 25 states have recorded increases of more than 30% in the number of suicides.  Increases ranged from 5.9% in Delaware to 57.6% in North Dakota.   Death by firearm accounted for 48.5% of these cases (the Centers for Disease Control and Prevention).  Data from 27 states in 2015 showed that 54% of those who died from suicide weren’t diagnosed with a mental-health condition.

America’s experience with depression came in at birth with her charts, both her astrological and numerological.  She has a 5 life path and a need for freedom, experimentation, innovation and indulgence.  The 5 rules the 5 senses and she can, therefore, overindulge in food, sex, drugs, gambling and physical risks.  She is changeable and was set up as a catalyst of change for the world.  She was the introduction to the new Aquarian Age which would begin changes of the mind including enlightenment, analysis, rationality and the practical over the sentimental.  Her emotional makeup is also in the sign of Aquarius which can be problematic.  Yes, she has bright promise and potential in the areas of ideas and innovation but she also can be very out of touch with her emotional makeup.  She can appear detached and largely out of touch with the problems of the every day American including the underprivileged and homeless.  The practical over the sentimental has led to a lack of concern over environmental issues and the use of Mother Nature as an economic tool.

There is a sense that the American psyche has its own Civil War.  The emotional needs of its own citizens versus its needs of the practical over the sentimental.  America will have to come to grips with its own nature.  The mental air age that we have entered into has brought us to a point where we now question and analyze the world’s beliefs.    These beliefs are thousands of years old and yet they now must be exposed to the light of reason and rationality.    This has never been done  before and people are finding it fearful as well as threatening.   It is as if the world has gone insane.  Her teaching lesson of learning how to be “the individual” in the collective is painful and lonely.

With various transits now traveling through America’s chart, the emphasis is not on her citizenry needs.  It is on the needs of the government, those in power and the corporate requirements.  We are seeing the rise in her emotional needs not being met by the rise in suicides especially with the headlines of famous people taking their own lives.  She will have to come to grips with the darker side of her success and the more instinctual side of her emotions.  They cannot be ignored.

The world has come through many ages, including the last one, the Age of Pisces.  This Age was all about emotions and guilt, compassion, feelings, suffering and sentimental over the practical.  It is as if the world has tipped over and we now must work the other side of the sentimental, the practical.  America has gone from beautiful to useful.  Humans must be useful or they are not deserving.  Can you imagine what this does to the psyche of those of us who are sensitive, feeling human beings?  Where is the community?  If making available a hotline number more prevalent would do the trick, suicides would not be rising.  But they are and where are we?

Kasser discovered that people whose lives were dominated by extrinsic values had a worse time in almost every respect.  There were sicker and angrier.  They experienced less joy and more despair.  They had worse relationships and were more insecure.  22 different studies–by Kasser and by other scientists in the field–have found that the more materialistic and extrinsically motivated you become, the more depressed you will be.  12 have found that these values correlate with increased anxiety.

America seems to be in hyper extrinsic motive phase.  Advertisers drive the motivation and corporations drive the rewards.  No wonder so many of us are depressed or riddled with anxiety.  Incidentally, Kasser recommends that the best anti-depressant is to change our way of life.

Certainly in looking at Anthony Bourdain’s chart, this was definitely an extremely smart man with lots of number 7’s.  He was a thinker and a very private person.  He actually needed a great deal of alone time for himself and yet he traveled 250 days a year.  How could he stop himself when he had a whole TV crew and back office dependent on his performance.   He was a company that supported many others’ pay checks.   He was truly not honoring an extremely important part of himself which was giving himself time to process, be alone, be private and restore himself from the world’s slings and arrows.  I feel he had had enough.  He also left very close to his birth day, June 25.  Natural exit times occur around the anniversary of one’s birth and it is not surprising to hear of people leaving within weeks or days of their birthday.  I have known people to leave right on their exact birth day.

Kate Spade, the Irish lass, wasn’t really about fashion.  Her chart was about beauty, art but, above all else, improving the human condition.  She was the shrink and understood the suffering of others.  She was also a better friend to her friends than they were to her.  She had a 9 life path and really did belong to the masses but it wasn’t about selling handbags.  Yes, she was very productive but she would have been very successful if she had devoted herself to improving world conditions.

These sensitive souls who leave here in their despair and desperation are part of us.  It would behoove us to comfort and reach out to those who you think are alone, lonely or ignored.  Some of the most successful people have little or no others they can confide in.  What are we missing in these stories?  Why do we keep these stiff upper lips?  Our government will provide less and less services so it will be up to us to help us.  The way we live now is not working.  Kasser states that “we live under a system that constantly distracts us from what’s really good about life.”

7 responses to “Depression in America–Anthony Bourdain and Kate Spade”