“Always forgive your enemies.  Nothing annoys them so much.”  Oscar Wilde 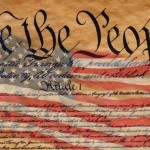 We are in this together–like it or not!

3.  View from the Freeway

I have combined these two months to make it easier for the both of us.  Summer is usually a vacation time or a time when everyone seems to have unusual schedules.  School starts here in Los Angeles on August 12th.  In other parts of the country it’s after Labor Day.  What I do appreciate about this time of year is less traffic on the freeways.

July ushers out a Mercury Retrograde where all kinds of glitches happened to my readers.  From plumbing problems to computer glitches it was quite a run in June and the start of July.  It is behind us now so do get yourselves in gear and move forward.  On July 17th there is another shift affecting all of us and that is the planet of luck and fortune, Jupiter, setting itself in a different segment of our society.  Prior to this time, real estate and housing was favorably affected.  We can now anticipate a slower rise in values, sales soft and a more plodding real estate market.  The areas of enhancement until the middle of August, 2015 will be hotels, travel, gaming (how about gaming hotels), the entertainment industry–think Disney stuff, and the energy sector.  The next large housing spike will be in 2020.  For the next 6 years, housing will move more sideways, sometimes declining, sometimes rising.

July is a 7th month in the calendar year, so it is a month of rest, restoration and recovery.  Do allow yourself to do more of that this month.  Assess how the year is going and see what you need to do now that you have completed the first half of the year.

Contrary to popular opinion of being a vacation month, August is the 8th month of the year and a harvest time for you.  While the customers are on their yachts, you want to be completing the orders, selling the benefits and not goofing off.  What contracts can be signed, orders shipped and paid and what clients do you need to stay in touch with.  You can play somewhat this month but you would miss an opportunity to gain if you use this month as strictly a vacation.

Will our bodies begin to change and mutate to accommodate environmental changes?

Yes, we always have.  Remember, we were originally coming out of the sea only to learn to live in trees and then live on land.  Throughout all these transformations our bodies have adapted to the changes.  By consuming more proteins we have been able to grow larger brains.  We have less and less use for our little toe, we have smaller teeth, we have come from a plant based diet to a meat eating diet.  We are larger and smarter and we learned to eat and assimilate cooked foods.  As we eat more genetically modified foods, over time our DNA will change to enable our bodies to digest and assimilate the foods.  Our DNA has always been mutating.  We will be able to live with less oxygen or be able to get more oxygen out of the existing air.  It takes time.

This period of turbulence both inside and outside the United States is nothing more than inevitable steps in the evolution of America as well as other regions of the world.  I am watching the theater going on in the Middle East.  If you study this region of the world from days of the Ancients and the early lands of Sumer, Caananites, Egyptians and other cultures of the Levant (what we now know as Syria, Jordan, Palestine and Israel), you will learn that this region has always had tribes and kingdoms vying for position.  Later, the Christians wars of the 5th and 6th centuries make today’s conflicts down-home.  After the Roman Empire made Christianity its official religion, for approximately 200 years the out-of-control clergy, religious demagogues, their religious militias and religious parties took over what would normally be the function of the state.  Sort of what is going on today in the Middle East.

Church authorities deliberately orchestrated violence.  USA Today, April 19, 2010, Philip Jenkins wrote “Christian monks served as private militias, holy head-breakers whom charismatic bishops could turn out at will to sack pagan temples, to rough up or kill opponents, and to overawe rival theologians.  These were not rogue monks or clergy gone bad but loyal followers of the churches, doing exactly what was expected of them.  When cities or regions divided along lines of theology or faith as they often did, rival bishops and monks literally fought for domination in the hills and on the streets.  Bishops mobilized an impressive amount of muscle to promote their causes, making them powerful independent political actors.  Between 450 and 650 AD, during the ‘Jesus Wars’ inter-Christian conflicts and purges killed hundreds of thousands, and all but wrecked the Roman Empire.

Sounds familiar?  All of these religions formed during the previous Piscean Age (approximately 2100 years up until 2000) are in the process of shakeout and ending.  These includes the Christians, Rabbinical Judaism, Islam and Buddhism.  They will have to change as the world becomes more united and dependent upon each other.  As people become more individualized and look for answers within themselves rather than to an outer authority, the power of these institutions and their reward/punishment mantra will fade.  We are only in the beginning phase but we are not going back.  There will be many innocent deaths and much disruption but the earth boat has left the harbor and we are all on it moving into unchartered seas.  Just the fact that droughts and food shortages are becoming standard headlines will force many who are now at each others’ throats to take another look when they have run out of water.  Give it about another nine years.

Keep looking at agriculture, food storage and distribution as a growing economic area in the years to come.  Same goes for water and land with access to water.

More government regulations and more conformity.  This is not permanent but it will feel like it.

More government and corporate bedfellows.  The Supreme Court will continue to foster a conservative point of view until this extreme 9 year period ends.  The government has become business and the business has become government.

World focus on young males–be they terrorists, gangs, tech heads, band groups will continue until 2024.  After this time, the focus, believe it or not, will be on middle-aged women.  This will be a 20 year trend from 2024 until 2044.  Just think of what that will do for the world changes.  Hard to imagine but it’s coming.

Expect sale of driverless cars to start selling in 2020–in about 6 years.  Terrrrrrific!  Less accidents, great for those who are unable to drive, elderly, isolated individuals and those who are just tired of driving.

Google is sponsoring programs for young girls to learn computer codes.  It will feed the money through various girl groups such as Girl Scouts and Girls Inc.  It is called “Made with Code”.  It also will reward teachers who support girls who take computer science courses on Codeacademy or Khan Academy.  Currently, less than 1% of high school girls express an interest in majoring in computer science.

Eventually, all of us will be working with computer codes.  It will be the new universal language and have a similar breakthrough as did the printing press.

Don’t look for change from Congress.  The only way this country will advance will be from the people themselves.  Change has to come from inside.  Most likely years for this to take off are 2015-2019.  These could be necessary but turbulent times.

Don’t look for any real change from those considering running for office, including Hillary Clinton or Jeb Bush.

More people will become interested in local politics due to the inability to learn the truth from lies being reported by our blogs and news media.  The “truth” will be more difficult to discover.  Motto for the day “Never Assume”.

Powerful Transformation of the USA–Symbols and Signs

For more information and registration

“Creating a brainy society that can successfully defend itself against the world’s interests is one of the best buys the United States will be able to afford in the 21st century.  Society must fight past its differences and grab on to a future built on shared successes.”